Angrily Attacking Your Interviewer Is Almost Always A Bad Idea 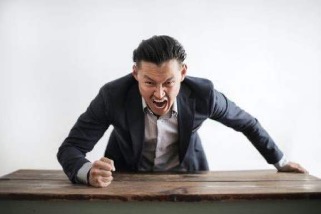 When it comes to doing successful interviews with the news media there are certain things you need to know.

One of these is that angrily attacking a media interviewer for asking  legitimate questions tends to be a very very bad idea – and tends to undermine any relaxed friendly organisational image you may be seeking to convey.

Another is that if ever people have died or been injured – and the finger of blame, rightly or wrongly, is pointing towards your organisation’s involvement – you need to behave in a warm and respectful way towards the victims, their relatives and their friends.

These points may seem blindingly obvious to some.

But alas to others they’re not…… which is one of the reasons media interview response training is has grown as a service to help those who need it.

It’s why so many people choose to get some media interview response training before they go anywhere near a TV camera or a journalist with a notepad or a microphone. 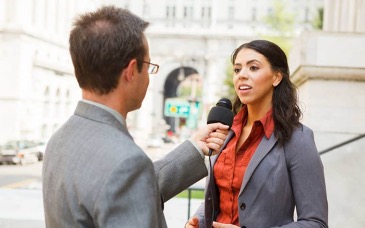 And it’s why the wise get their training, build their media interaction knowledge and do their confidence-enhancing practice interviews well before those real media interview opportunities appear on the horizon.

Getting media interview response training after your first media appearance has been lined up is later than ideal.

Nonetheless, getting your media interview response training late is way better than not getting any training at all.

But it’s soooooo much more relaxing to line up your training early under less pressured conditions.

In this way, when you do get that invitation to be interviewed about your organisation’s new product or service – or when the media, rightly or wrongly, suggests that your organisation has done something seriously wrong – there’s no reason for sudden panic.

In this issue there are two examples of high-profile interviewees, who should have known better, burying themselves in traps of their own making.

The first example is provided by contentious British union leader, Mick Lynch, who has been marshalling striking members of the UK’s National Union of Rail, Maritime and Transport Workers to disrupt train services. 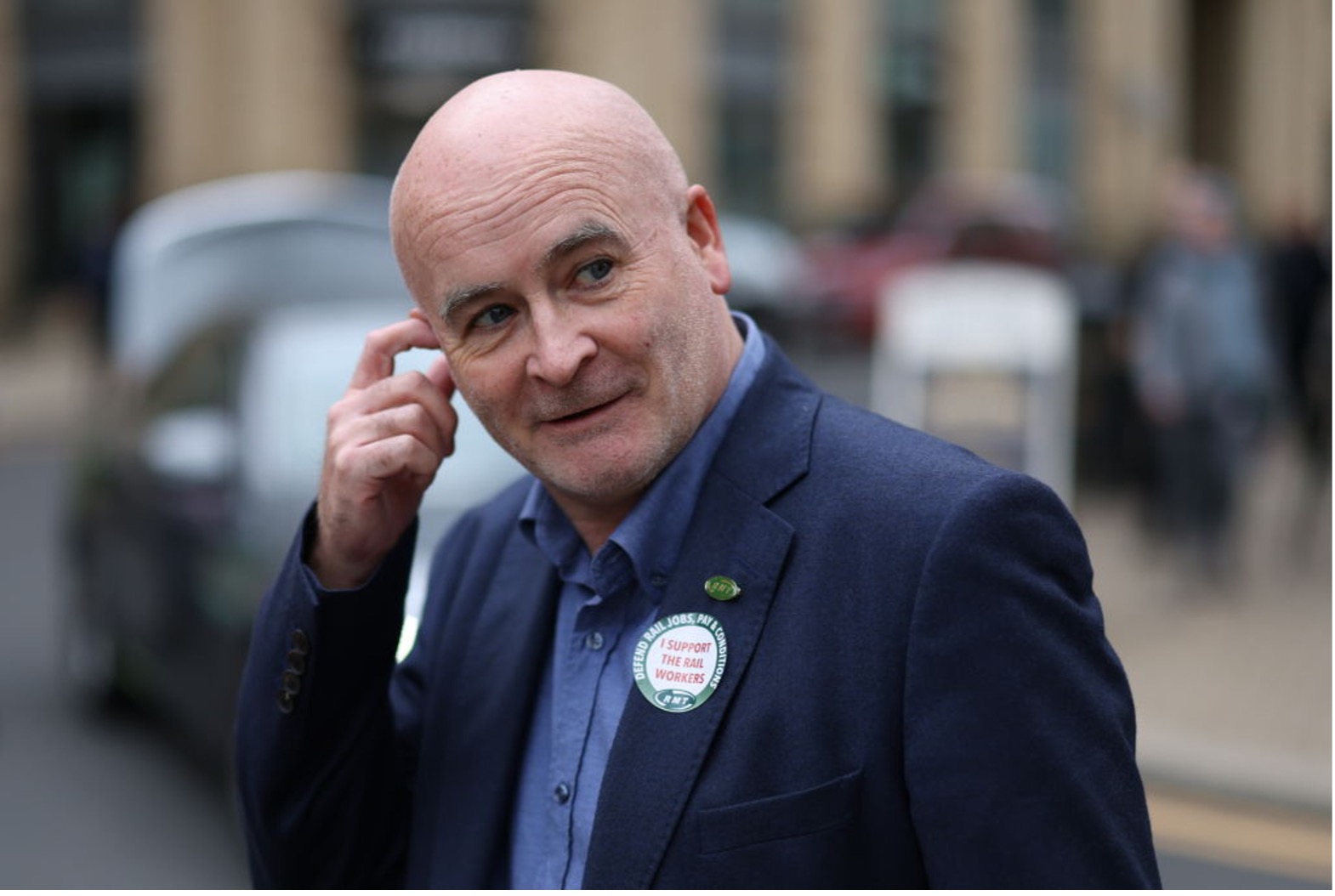 In an interview with the BBC’s Today Programme, Mr Lynch suddenly accused his questioner of parroting criticism from The Sun and Daily Mail.

This is a strange charge, especially when the question which set Mick Lynch off was a pretty innocuous one – and a seemingly politically neutral one –  from the BBC Radio 4’s Mishal Husain. 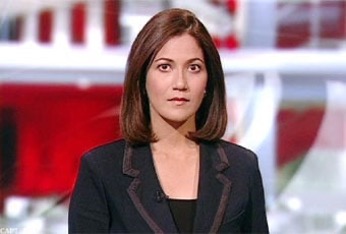 It came after Mr Lynch made a point of saying that his union members were sacrificing large amounts of money to go on strike in support of getting a pay rise, and Ms Husain asked him “So what’s the average amount of pay that’s been lost by your members though the strike period?”

Mick Lynch responded by making a string of accusations against the BBC and the interviewer.

He also asked back a series of irrelevant questions – such as would the interviewer would be contributing to the union’s hardship fund?

Asking questions back to an interviewer – unless it’s merely a matter of clarifying what’s being asked –  nearly always makes interviewees appear defensive.

It’s the interviewer’s job to ask questions rather than to answer them.

It’s the interviewee’s task to answer questions rather than ask them.

You can listen here to how an interviewee can sound like someone with something nasty to hide when, instead of answering, they seek to question the interviewer. 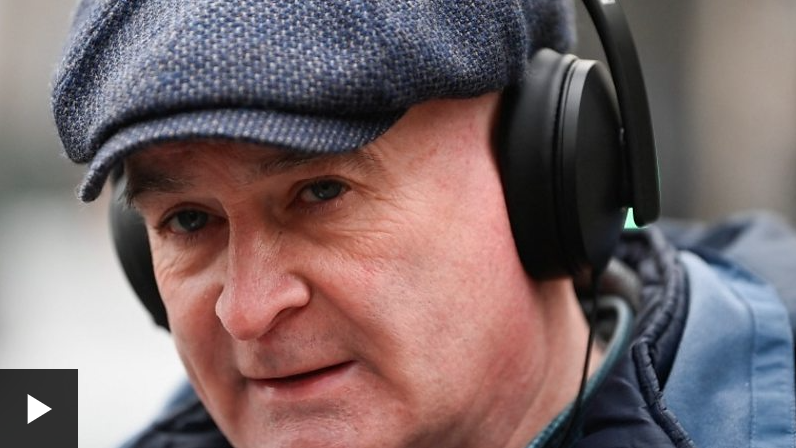 Here’s another person in the public spotlight who – even more than Mick Lynch – needed urgent media response training before stepping into a broadcast interview.

This example of a damaging media performance came from the Chief Executive of the Fédération Internationale de Football Association (FIFA) Qatar World Cup – in response to questions from the Reuters News Agency about a migrant worker who sadly fell to his death.

The Filipino worker died after falling from a forklift while carrying out repairs on the training base used by the Saudi Arabian football team.

To his cost – and that of the Qatari national image – Nasser Al Khater took exception to the interview questions. 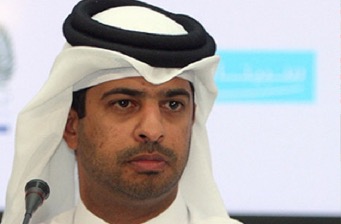 He also fails to come across as someone who has any concern for the friends and family of the dead worker.

“Of course a worker died” is an atrocious sequence of words to come out of the mouth of any interviewee.

And in this case, it appears to play into allegations – fair or unfair – that Qatar doesn’t care about the fate of migrant workers within its borders.

Amidst all Qatar’s efforts to build up the desert World Cup – and the heroic efforts of so many players in so many great games – this abysmal media performance helped remove a certain amount of gloss from the event.

Alas the questions from the Reuters journalist have been edited out, though Al Khater makes it very clear he doesn’t think it’s right for the media to be asking questions about the death of a migrant worker in the first place.

Judge for yourself here about how warmly and humanely he comes across – and what the implications are for the impression it gives of the relationship between Qatar and its migrant workforce.

ALL ABOUT MEDIA INTERVIEW RESPONSE TRAINING

If you or members of your team are in need of media interview response training, there are details about what it involves here:
http://www.michaeldoddcommunications.com/media-master-classes/

And if you need to be equipped to give great answers to tough questions from journalists – or to anyone else in your professional world – the book to help you is here: 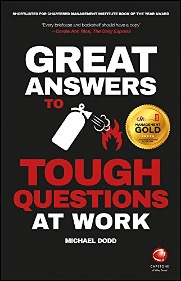 Now when I suggest that you don’t verbally attack a media interviewer, you can, of course, politely and respectfully take issue with an unfair premise behind a question – or gently contest any inaccurate information put forward by a questioner.

Doing the kind of mock interviews that are part of the media interview response training will give you a feel for when and how you can safely and reasonably do this.

And if you keep your sense of humour as you do so, you may end up getting the better of an interviewer – even if it’s a young Australian interviewer!

There’s a rare example of this coming up which I wouldn’t normally publicise.

But as it’s Christmas, I’ll make an exception of drawing your attention to a case where a highly experienced interviewee tried to get the better of an innocent and less experienced questioner.

Be aware that the following video runs for quite a long time and covers many subjects.

But you only need to watch the first few minutes of it to pick up the part upon which I’m reluctantly focusing your attention.

The interviewee in this instance is the former Australian Labor Party Prime Minister, the late Gough Whitlam, who was controversially removed from office by the Queen’s representative in Canberra, the Australian Governor-General, in 1975….when the young questioner was still at school. 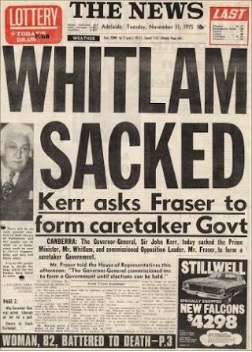 Ten years later, on the anniversary of the infamous dismissal, the former prime minister made himself available for questioning at Australia’s National Press Club in Canberra.

By November 1985 the hot issue about the still much-debated sacking was whether there had been a mole inside the Whitlam Government who had been leaking incriminating information to the opposition Liberal Party led by Malcolm Fraser and his deputy Sir Phillip Lynch. 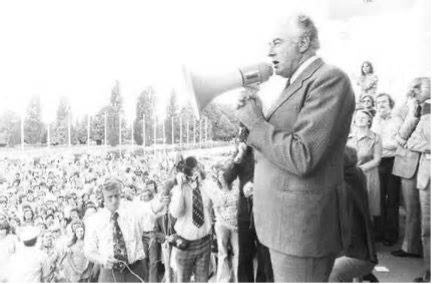 This theory had been publicised at the time of the 10th anniversary of the dismissal in The Sydney Morning Herald by its long-serving political correspondent Peter Bowers. 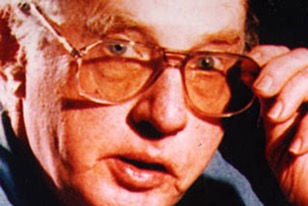 And this is what happened when a journalist from the Australian Broadcasting Corporation’s PM programme had the temerity to ask the former prime minister about the Bowers’ story.

If you spot anyone in this video that you think you recognise, feel free to keep it to yourself.

Meanwhile, season’s greetings to all.

And remember, as Australians might remind you, at this time of year it isn’t a snowman-filled winter Christmas everywhere! 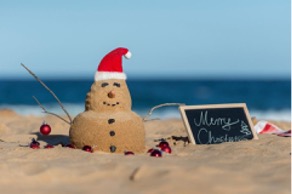