Be Prepared For Hard And Soft Questions

You don’t have to be a prince accused of doing very bad things to discover that in any challenging situation you need to be ready for a range of different types of questions.

More on Prince Andrew and the art of kamikaze-style interview responses later….

But anyone facing media interviews – or other forms of professional questioning from job interviews to official inquiries – should be prepared for BOTH hard questions and soft ones.

Astute followers of this column may be familiar with the term “blowtorch-on-the-belly” questioning. 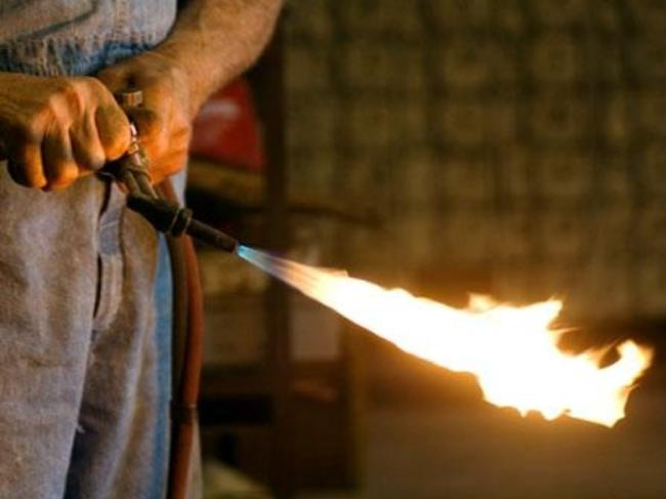 This originated in the hard-bitten world of Australian political journalism from where I hail.

However it’s not just “blowtorch-on-the-belly” questions which bring some badly-prepared, under-prepared or under-trained accident-prone interviewees unstuck.

When readying yourself for a media interview or other questioning, you also have to ensure you don’t dig a hole for yourself on softer inquiries which may seem more like “tickle-on-the-tummy” questions.

These could be characterised, not by blowtorches, but by tickle sticks – the kind of soft laughter-instigating props wielded by the dearly departed comedian Ken Dodd. 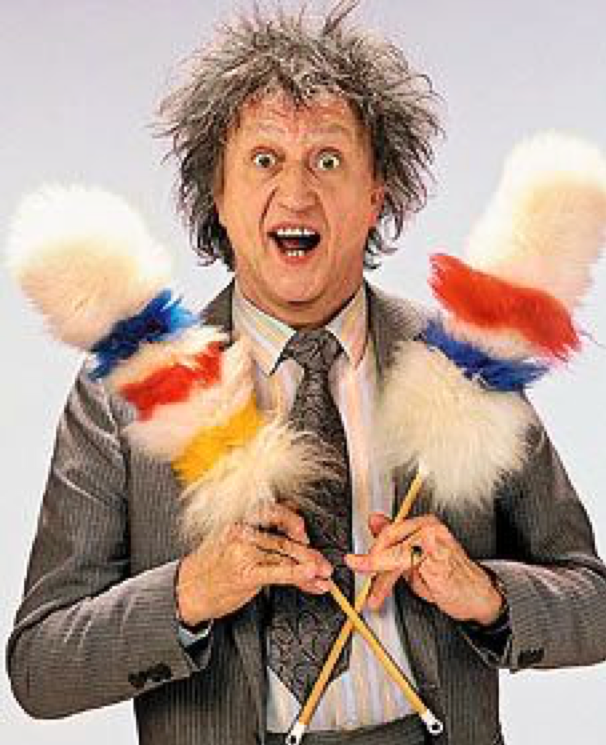 In “Great Answers To Tough Questions At Work” I make the point that soft questions can sometimes trip people up.

This happened, for example, when the law-bending U.S. President Richard Nixon was famously being interviewed about the Watergate corruption scandal by Britain’s charming David Frost. 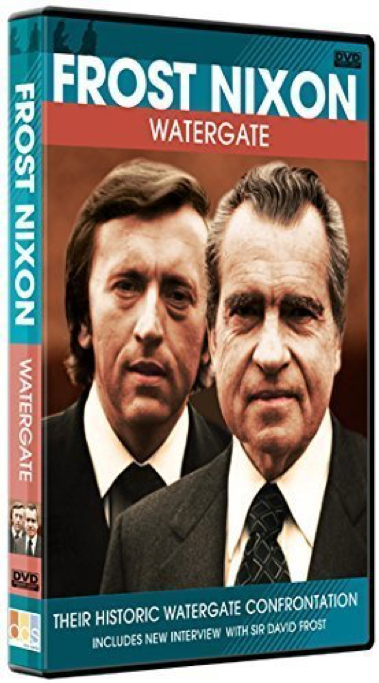 In my book, I describe David Frost as an interviewer who was often “more a gentle tickler than a blowtorcher”.

And it was a less than forceful Frost question which prompted one of the most memorable, damaging and self-incriminating answers of all – though Prince Andrew has now provided tough competition.

It was a remarkably gentle question which led to Richard Nixon giving his infamous answer: “When the president does it, that means it’s not illegal.”

Next time you’re questioned professionally, make sure you’re ready for the both the blowtorch and the tickle stick.

FACE-T0-FACE WITH THE TICKLE STICK MAN

It was splendid to be reminded of the comedian who used to be on the safe end of the tickle stick during my latest training mission to Ken Dodd’s home city of Liverpool in England’s north-west.

Here Ken Dodd is immortalised on Liverpool’s Lime Street Station – with his tickle stick helpfully being pointed out by another passing Dodd who was in town to run “Your Message In 60 Seconds” and “Give Great Answers To Tough Questions.” 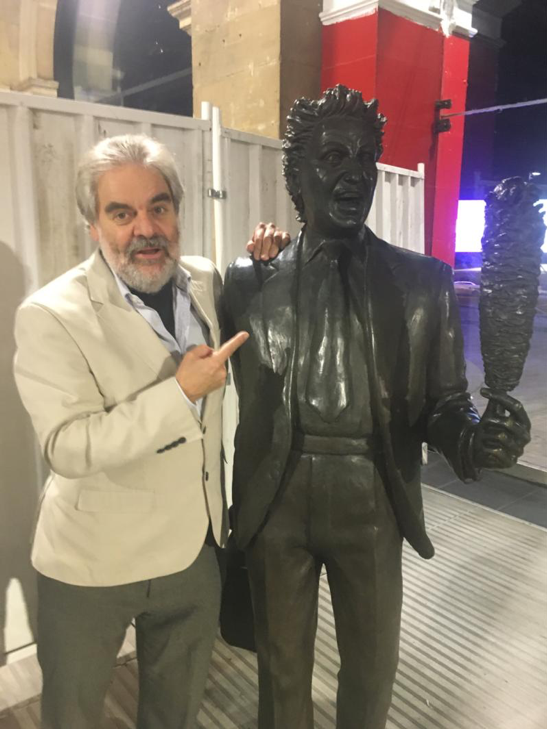 The tough question for the Dodd on the left is: “Based on Ken Dodd’s distinctive looks, isn’t it true that you must be related to him?” 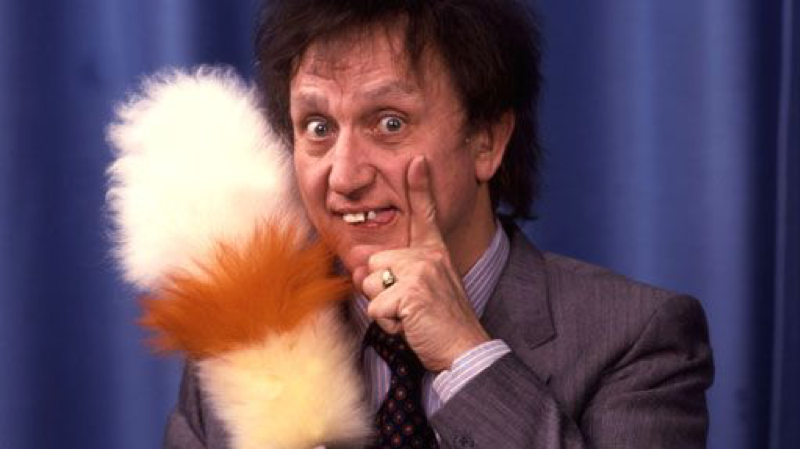 But perhaps more significantly than his (horror) movie star looks which was the source of much of his comedy, Ken Dodd was an entertaining interviewee who generally made sure he was well prepared for his questioners and the wider audience beyond.

In this video he’s being interviewed about his tickling stick – and making a couple of serious points about comedy – with a few subtly amusing lines thrown in along the way.

Ken Dodd had the virtue of taking his work seriously, but without taking himself too seriously.

He once claimed that his comedy act was very educational, providing as evidence: “I heard a man leaving the other night, saying: ‘Well that taught me a lesson’.”

Whether or not the Ken Dodd-style of old-fashioned comedy appeals to you, he went into interviews armed with plenty on his agenda that he could say if the opportunity arose.

In media training sessions, we make sure you develop your own well-thought out agenda ahead of any encounter with a journalist.

This ensures that you have a range of well-tested and well-worded useful things to say on any topic likely to be raised.

Media training can be done one-to-one – in person or over the phone – or in small groups.

Or when a larger team needs to communicate more inspriationally – with journalists, prospects, customers, officials and others – you can book one of the conference keynotes or master classes set out here:

Alas it’s now too late for all this potential guidance to help Prince Andrew in his latest on camera performance.

When the editor of the Royal Central website, Charlie Proctor, assessed the prince’s BBC interview responses to allegations relating to his friendship with the convicted sex offender Geoffrey Epstein, he was perhaps using masterly understatement.

Mr Proctor tweeted: “I expected a train wreck. That was a plane crashing into an oil tanker, causing a tsunami, triggering a nuclear explosion level bad.”

You can work out whether this assessment is too soft by watching the whole thing on BBC’s Newsnight special at:

It’s hard to know where to start in advising readers on how to avoid such a media catastrophe.

But if you ever find yourself in a position where a major broadcaster is prepared to devote an entire programme to your responses to allegations against you, I suggest you:

However much you admire comedians – like Ken Dodd in the past or those of the present day – don’t go out of your way to give them material that will run and run and run.

Comedians with and without tickle sticks are quite capable of coming up with their own material without generous gifts from you.