Communicating In A Whirlwind Of Change

Additional challenges have been added with the new Coronavirus measures seeking to combat the second spikes in Leicester, Melbourne, Florida and elsewhere.

And when statues of longstanding western heroes (to some) like Christopher Columbus are being toppled and beheaded in Baltimore and Boston, you know things are moving fast.

Communicating well amidst the accelerating whirlwind has always been highly useful skill – even prior to the Coronavirus and Columbus strikes.

You may vaguely recall that before anyone had heard of Covid-19, the world was already caught up in an explosion of disruptive change.

This has been proceeding particularly rapidly since the fall of the Berlin Wall in 1989 which triggered a host of international ramifications that are still being felt. 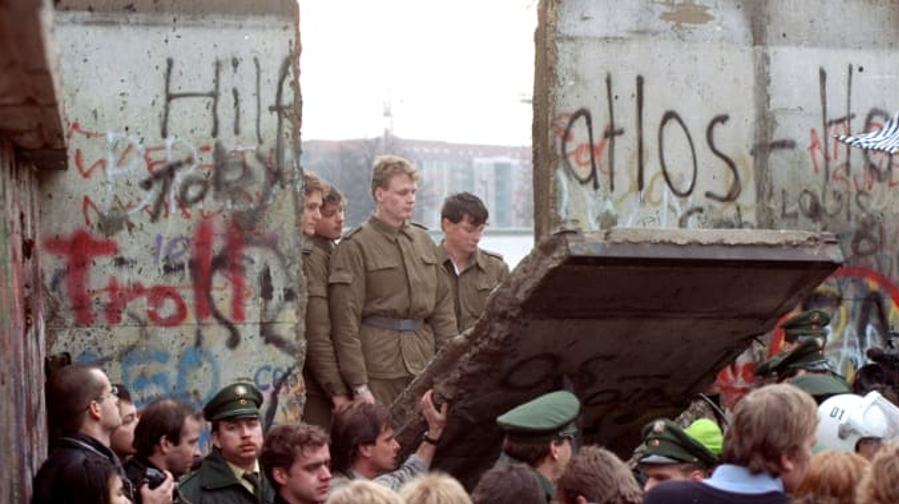 It was the unexpectedly abrupt end to the Cold War which led to the invention of the word “VUCA” –  standing for Volatility, Uncertainty, Complexity & Ambiguity.

The acronym was devised by the American military which had become used to the almost-comfortable normalities of the Cold War.

The speed of change since has accelerated further with the ongoing expansion of internet usage around the world. 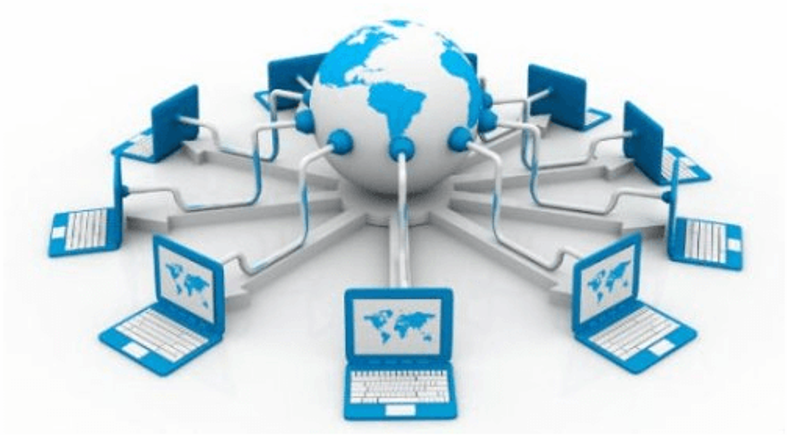 For business, communicating in such disruptive VUCA times is not just a matter of conveying information about the latest way your company is operating.

It’s also about getting messages across to your target audiences so that you’re enticing them to respond in the way you seek – hopefully in their best interests as well as your own.

Doing this is a learnable skill – and there are tips on how to achieve it further into this column.

Two conversations I had before leaving Australia in 1988 to base myself in Europe underline how much change there has been in our recent history – and how it’s now proceeding ever-faster.

One memorable 1980s conversation was with an accountant called Trevor in Canberra. He was very proud of the new side-line business he was setting up.

Trevor’s exciting new business was like a library for people who owned video recorders – which would have been most of those living in the Australian capital city at the time.

So customers were able to pop into his shop to browse through all the videos on offer – and rent them to play in the comfort of their homes. 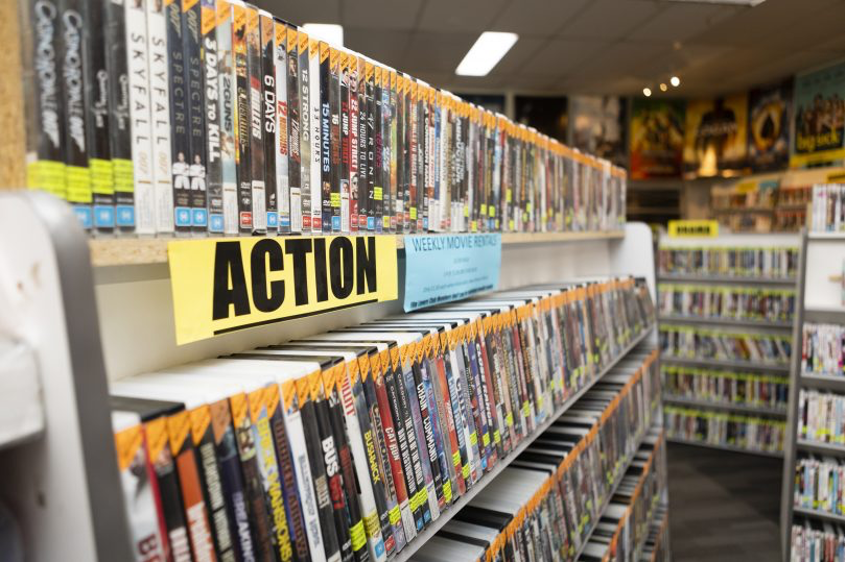 Can you imagine such an amazing concept?

It’s a bit like those streakers, who defend themselves about why they run around without their clothes, saying: “It seemed like a good idea at the time”. 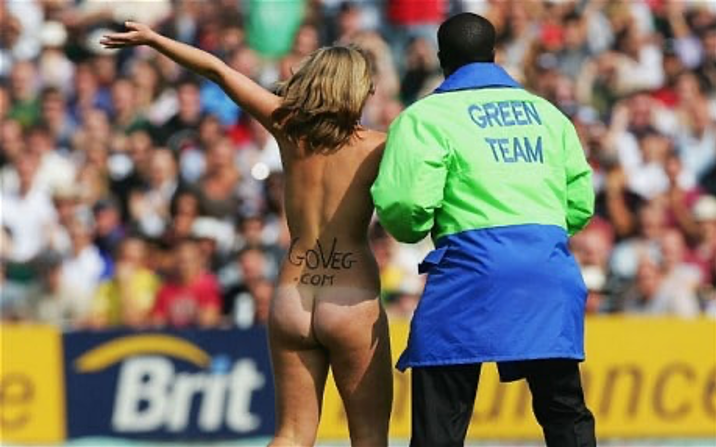 And for those who rented videos around the world, it was indeed a good idea…. for a while.

The last video rental shop in Canberra closed in 2019. I’m not sure if it was Trevor’s.

But video shops around the world found they couldn’t compete with the internet.

Alas Netflix, Amazon Prime Video and others did to the video rental industry what the automobile did to the horse and buggy. 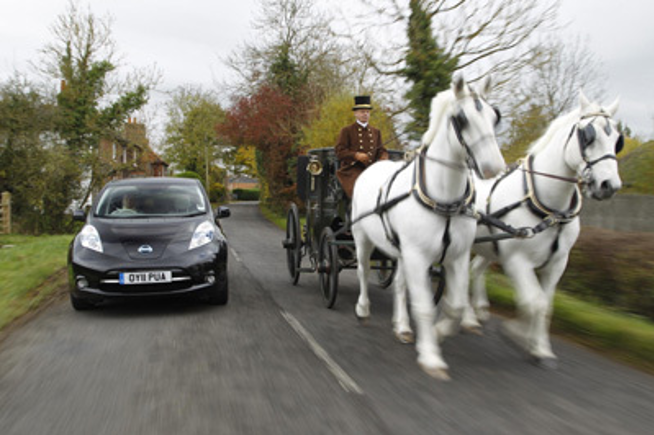 The second significant 1980s conversation I remember was with a Sydney journalistic colleague called Rita.

She went for a touring holiday around what was then communist Eastern Europe – and, for all the difficulties and restrictions it involved, I remember her telling me how fascinating it was.

This made me think, while planning my grand European adventures, how interesting it would be to visit Eastern Europe to see the communist world in action.

I assumed that trying to do interviews there would be especially insightful – particularly with those who were fighting against the lack of freedoms which communism entailed.

I was also keen to interview those who were regarded by the communist authorities as being equally subversive – the courageous campaigners against the horrendous, but largely un-reported, environmental damage that was going on behind the “Iron Curtain” as their economies stagnated.

Getting into Eastern Europe was a somewhat difficult thing to do, but Poland proved to be one communist country where it was easier than most.

I even managed to do interviews within the cradle of the Solidarity movement amidst the shipyards of Gdasnk, in northern Poland on the Baltic Sea – although there were signs that I was being trailed by the country’s secret service.

And – with the help of the network of anti-communist dissidents and a Polish translator – I was able to interview the head of the Solidarity Free Trade Union, Lech Walesa. 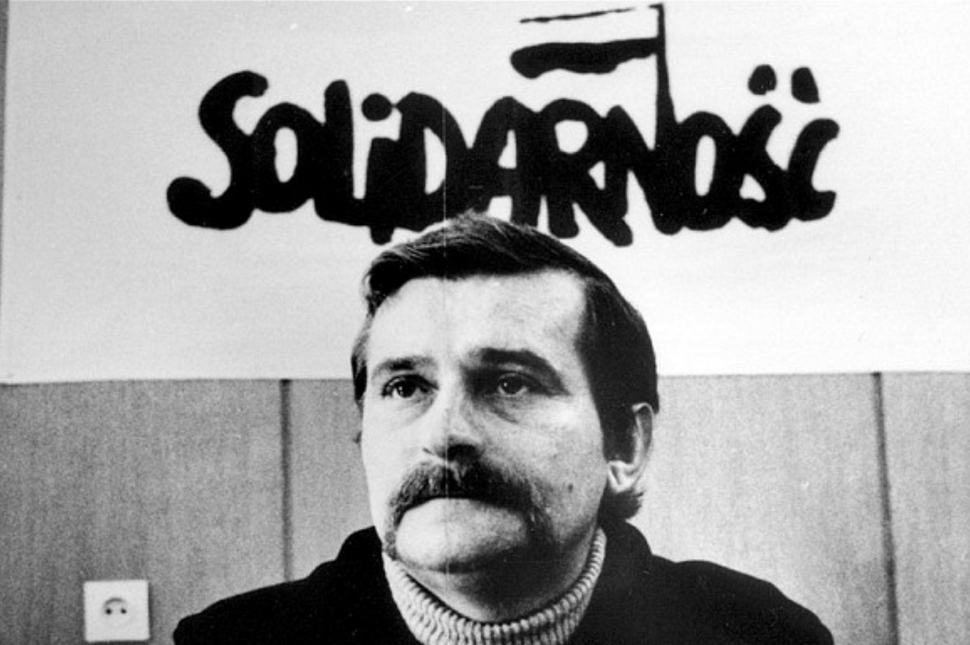 This was partly helped by the fact that the union representing garbage collectors in Canberra had, around that time, been refusing to collect the rubbish bins of the Polish Embassy to support the demands of their Solidarity colleagues.

The interview with Lech Walesa went well and the Polish secret service, even though there were signs it took an interest, never overtly intervened.

This contrasted with later missions to the then communist states of Hungary and what was called Czechoslovakia.

In Budapest, an apparent Hungarian secret agent sought to disrupt an interview I did with an undaunted Hungarian environmental activist called Andrea by yelling at her “You are nothing. You are nothing!”

And in Prague, Czechoslovak secret agents repeatedly phoned my hotel room – sometimes 30 or 40 times in succession – to make it clear they were listening to everything I sent back through the telephone system to the Australian Broadcasting Corporation.

But in Poland I was able to depart with the box of tapes that contained the Lech Walesa interview buried within my luggage.

The interview was incorporated in a documentary I made for the Australian Broadcasting Corporation and a version I produced for the BBC.

Lech Walesa went on to play a pivotal part in bringing down communism in Poland and across the world before going on to become Poland’s President after the country’s post-communist democratic elections.

But during our interview – even though he was at the time pushing at the system by orchestrating a series of strikes in Polish coal mines – he gave no indication, and quite possibly had no idea, that he was on the threshold of seismic historic success.

When the big anti-communist push triumphed in 1989, with all the “satellite” states of the Soviet Union shaking off communism one after another, there was a massive surge of confusing change for East and West alike.

The VUCA waves of volatility, uncertainty, complexity and ambiguity it unleashed have never really stopped. 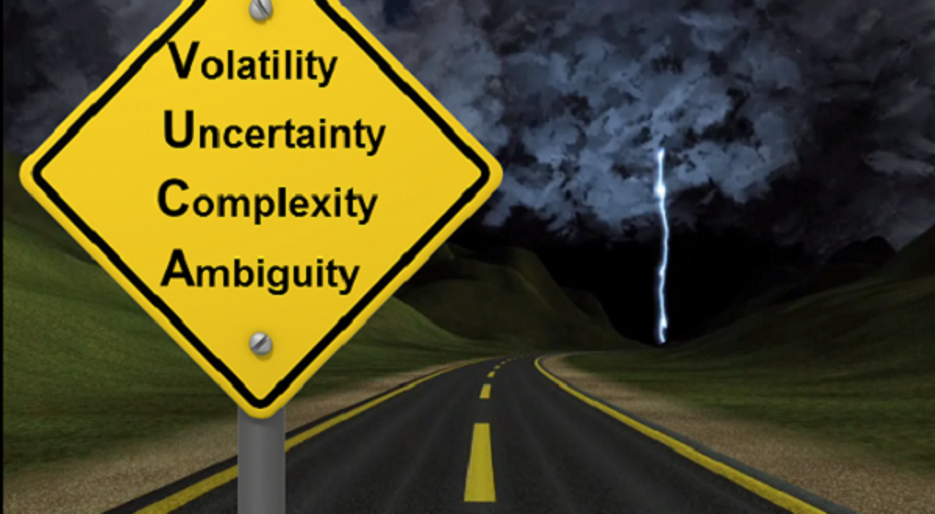 COMMUNICATING AMIDST THE VUCA

I didn’t know it at the time of the interview with Lech Walesa, but partly as a result of his efforts, I would be able to go on to open the Berlin Bureau of the Australian Broadcasting Corporation in 1990 in the thick of the post-revolutionary VUCA.

Before and after East and West Germany reunified, I was able to cross routinely from my office in West Berlin through the remaining parts of what had been the Berlin Wall.

This meant I could report on the extraordinary VUCA-crazed changes which happened as the East Germans gained access to hard currency and the old structures of communism were dismantled and replaced – amidst both joy and protest.

Communicating about anything at that time of the end of the Cold War was a particular challenge because whatever I expected to be reporting on as I set out with my tape recorder and interview schedule at the start of each day often ended up being very different by the end of it.

The speed of the changes made it a constant battle to ensure that everything I broadcast was still true at the time when I reported it.

There’s been a lot of ongoing VUCA since the end of the Cold War.

Coronavirus has ushered in changes that have given volatility, uncertainty, complexity and ambiguity an additional boost.

So communicating amidst what I now consider to be “VUCA-Plus” is a challenge for everyone.

Giving face-to-face – but socially distanced – guidance on communicating amidst the latest changes is currently easier than it has been in the last few months.

I can now offer face-to-face sessions on your premises and/or in nearby outdoor carparks, parks or back gardens where a camera operator, myself and everyone involved can remain at least 2 metres apart or more for the duration.

And I am running 2-hour and 3-hour communication-boosting online sessions on Zoom and other online platforms.

There’s more on individual and group sessions to help you and your colleagues implement “Clever Corona Communications” at: 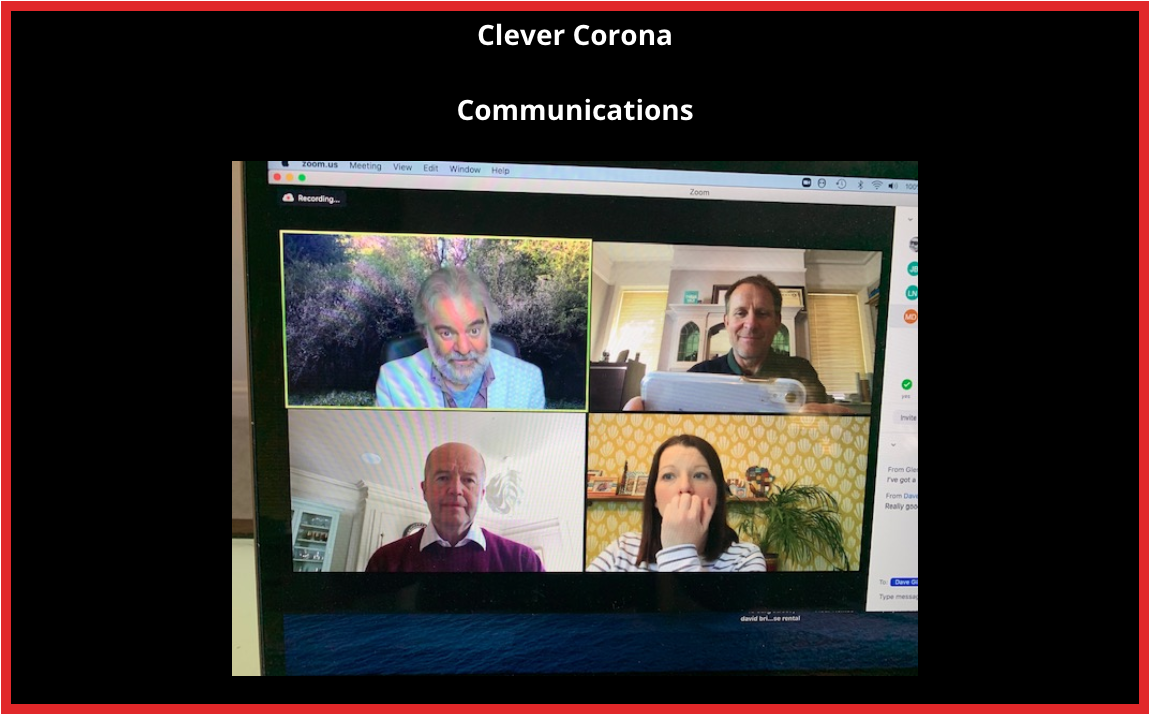 One of the immediate implications of VUCA-Plus is that you need to communicate more often than usual – in order to keep everyone in your circle up-to-date including clients, prospects, suppliers and members of your own team.

A key to doing this successfully is to get inside the minds of each audience, so that you’re aware of what they need to know – and how you can explain things in a way that gets and keeps them on board.

In these crazily fast-moving times, it’s vital that you frame each message in a way that it can – as far as is humanly possible – avoid being overtaken by rapidly-changing events.

To reinforce your messages, it’s important to paint vivid pictures in the minds of your target audiences so they can effectively see what you mean – and more happily move in the direction you’re urging.

And it’s as vital as ever to anticipate and plan your response to the potential negatives you’re likely to be challenged on as you inform your various audiences of whatever changes you’re making.

Giving great answers to tough questions has never been so critical as in these VUCA-Plus times.

For those who adore the civilised feel of an Australian accent on your ears, the first chapter of a book to help on this can be read to you free online by the author at:

Details about training sessions and conference keynotes to help you give great answers to tough questions are at:

And as the jerky pathway out of Coronavirus lockdowns proceed at different paces, in different ways in different parts of the world, there’s one tough question to which you can probably guess the answer…

That question is: Will the trend towards evermore volatility, uncertainty, complexity and ambiguity continue while Coronavirus remains a threat?

The answer to this is “Yes”.

All the best in getting ready to communicate about what this means for your business – with everyone who it depends on for its ongoing success.