CRAFTING AND DELIVERING YOUR MESSAGE THE ATTENBOROUGH WAY 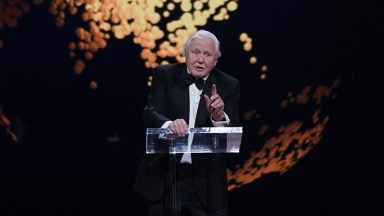 One of the vital things that master communicators do is to convey a powerful message in a relatively short space of time.

And if you want to see how a master communicator conveys a life-and-death message, take a peek – and do take a second look if you witnessed it live – at the phenomenal speech the documentary-making naturalist, Sir David Attenborough, made for our planet this week.

Sir David’s captivating, eloquent and commanding performance was delivered as he took part in the inaugural ceremony to announce the winners of “The Earthshot Prize” – envisioned and brought to life by Britain’s Prince William. 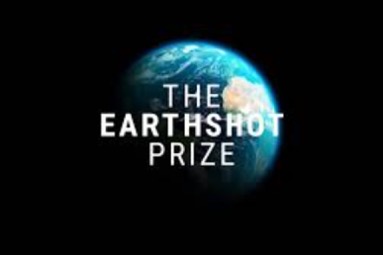 These are the environmental awards of £1-million each to individuals, groups, in one case to a city (Milan), and in one instance to a whole country (Costa Rica), to enable them to further spread enlightened new practices aimed at repairing and safeguarding the planet.

He took less than three minutes to deliver it.

Within the speech was a double message you couldn’t miss – pitched at everyone on earth.

It was a message of both optimism and urgency.

The optimistic part was that – amidst so much pessimism about what humankind has done to the physical state of the earth – there are nonetheless solid reasons to be realistically hopeful about the global future.

The urgent part was that essential changes need to be implemented now!

Sir David said the five first award winners were all building optimism by finding brilliant and innovative solutions to the world’s environmental challenges.

But the sharpest element of the message was that all the necessary changes to tackle climate change and environmental degradation need to be implemented forthwith.

Now whatever your next message challenge might happen to be, one of the key lessons from Sir David is that it needs to be simple.

Your next message challenge might not involve saving the planet – though all good fortune to you if it does!

But whether you’re seeking to help save world, or introduce an innovative product, or float a new idea, or introduce a new policy, your message will have more impact if it’s easy to grasp.

An effective message also – like Sir David’s grand effort – needs to appeal to BOTH intellect and emotions.

It must be capable of moving hearts and minds.

It also helps if the verbal framework around your message sets it up and supports it well.

FRAMING YOUR MESSAGE WITHIN THE RIGHT TIME AND PLACE

Drawing attention to the wider significance of the place where your message is being unveiled – and pointing out the significance of its timing – can also help it take off.

The message can be portrayed more powerfully if you select a relevant place to reveal it.

In Sir David’s case, this was North London’s Alexandra Palace – known as the birthplace of television since it hosted the first public TV transmissions in 1936.

Sir David tied this in with the important role that television has played in telling the world the story of environmental destruction.

And he also drew attention to the important role that rapid global communications – including the growth of TV – can and is playing in seeking to implement solutions.

Another thing which Sir David did brilliantly was to set the importance of message in an impressively broad – and I mean VERY broad – historic context.

He said the natural world, upon which humans entirely depend, is now declining at a rate that’s faster than at any time since the global catastrophe that exterminated the dinosaurs by comets, asteroids or whatever else it might have been. 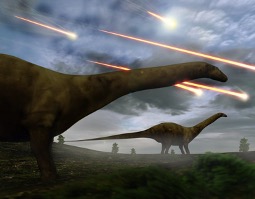 So Sir David is placing what’s happening now within the context of the past 65-million years!

With 95 years of life behind him so far, Sir David is, er, relatively old.

But invoking the period of time that’s elapsed since the age of the dinosaurs underlined the historic magnitude and importance of his message.

Again, your own next messaging challenge may not be about something which is quite so dramatic.

But presenting it within its relevant historical framework, whatever that is, can help highlight its significance.

By making a three-minute investment that’s worth every second, you can check out Sir David’s speech here:

YOUR NEXT MESSAGES FOR OUR NEW TIMES

As the return to a kind of “Covid-adjusted new normal” continues in many places – and as the United Nations Cop-26 climate change conference looms in Glasgow – this might be a good time to consider what your latest personal and organisational messages need to be to suit our new times and our challenging future.

Whenever you’re planning presentations, internet hook-ups, media interviews or important one-to-one professional conversations, your likely success can be measured in terms of how effective you are in devising and conveying your message.

If you’re already anywhere near as good as Sir David Attenborough at crafting and delivering your messages, keep up the great work.

If you or your team need help with devising and conveying your messages, consider training sessions in “Your Message In 60 Seconds”.

There’s more details about these sessions at:
http://www.michaeldoddcommunications.com/get-your-message-across-in-60-seconds/

When you can craft a message that can be conveyed in the time it takes to make a piece of toast, then you’re well on the way to conveying it in break-through ways in longer presentations, media interviews, internet hook-ups and important one-to-one professional conversations.

When you get that underlying message right, then you’re well-placed to select the right stories, examples, facts and figures you’ll need to support your message in all types of communication challenges.

It’s a learnable skill, even if you haven’t yet amassed 95 years of experience.