Improving your communication skills – and those of your colleagues – is a good thing to do at any time.

But doing so can be even more valuable in – and for – tough times.

In challenging times of interest rate hikes, rising fears about global climate shifts and political uncertainty, there are advantages in being:

GETTING YOUR MESSAGE RIGHT FOR EVERY SITUATION

As always when it comes to taking your communication skills to higher levels, it’s vital to be equipped to know how to get your fundamental message right for every situation.

You need to ensure that your message captures the attention of your target audience members.

And it’s vital to back up your message with the right stories and real-life examples that stick in their minds long after you’ve stopped talking.

To give an example of someone who is particularly adept at choosing the right message supported by the right story, let me introduce – or re-introduce – the longstanding motivational speaker Les Brown. 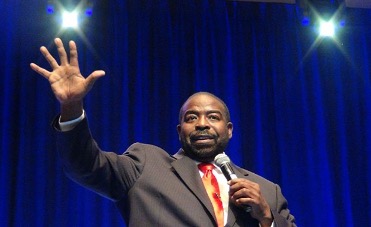 I must confess that I’m often critical of self-described motivational speakers who don’t get their message right.

These include ones whose message is often an over-simplistic version of something like: “You can do it!”

They are the kind of speakers who may drive people to set ambitious new year goals ahead of the First of January – but whose followers then fail…and fall into a de-motivated state by the Tenth of January. 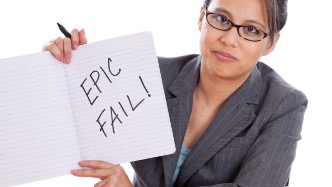 What’s particularly impressive about Les Brown is how well his clever fundamental message has been thought out.

Rather than telling audiences simply “You can do it!”, his message is far more practical because it urges you to consider whether the achievement of a particular goal you have is possible.

And if you deem that this goal can potentially be achieved, he urges you to then adopt his mantra “It’s possible” – especially in times when circumstances are not heading in the right direction.

This “It’s possible” message, in my view, is a highly effective one because it doesn’t involve you saying anything to yourself which so easily can turn out to be untrue.

BACKING YOUR MESSAGE WITH THE RIGHT STORIES

Another highly impressive thing about Les Brown is that he always provides the right colourful, emotionally-charged stories and real-life examples to back up his message.

Some of these stories are from his own roller-coaster life.

And some of his examples involve the experience others.

As an experienced radio and TV presenter, Les Brown’s particularly good at conveying his stories and real-life examples in a way that underpin his “It’s possible” message and move his audience members towards positive action.

There’s about 13-minutes in total – and, if time permits, I recommend viewing it all… while skipping the YouTube advertisements along the way.

However, even if you just invest a few minutes in watching, you’ll easily pick up the power and good sense of the “It’s possible” message. 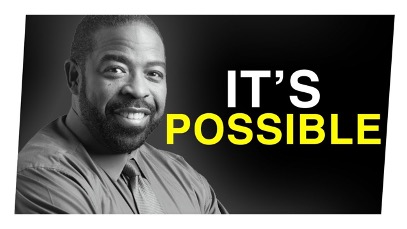 Look out for the way this message is illustrated in Les Brown’s story about the two men who were suddenly laid off – after which one fails and the other succeeds.

And watch for the way Les Brown illustrates the same “It’s possible” message with his own story about how he persuaded enough people to vote him to become a state political representative in America for four years – with the help of his mum! 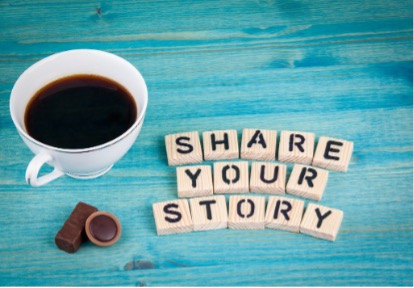 You might be deeply moved – and maybe even amused as well – by the bit where he talks about getting a political endorsement from his mother saying: “Please vote for my son. He’s a good boy.”

This kind of message may not work for some who live outside America – where onstage sentiment is much more open than it is in many places beyond U.S. shores.

But Les Brown says his mum’s endorsement helped persuade enough voters in Ohio to elect him.

You can watch the Les Brown “It’s Possible” video here:

HOW POSSIBLE IS ENHANCING YOUR COMMUNICATION???… YOU DECIDE!!!

If you want to know more about how to help yourself and/or your colleagues become better communicators for challenging and uncertain times, check out the menu of options at:

And you might also consider the question: “Is improving the communication skills of myself – and/or my colleagues – possible?”

If you conclude that your organisation’s messages and illustrative examples can and should be more effective – and you’d like to discuss on the phone how we can go about making this happen – let me know any times and dates that work for a call with you.

You can email them to me by replying to this ezine at: michael@michaeldoddcommunications.com

After that, then you can decide – for yourself and/or your team – what exactly is possible…with the options of one-to-one coaching, group workshops or in interactive keynotes for conferences. 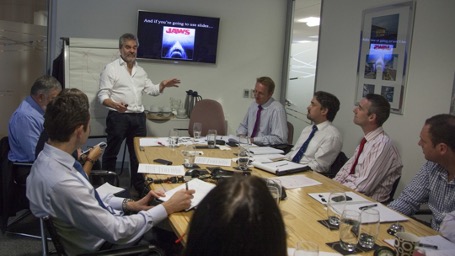 And you can assess what a difference enhanced communication will make for your organisation in tough times now – and in those better times beyond!