Feel The Emotion As Conferences Return 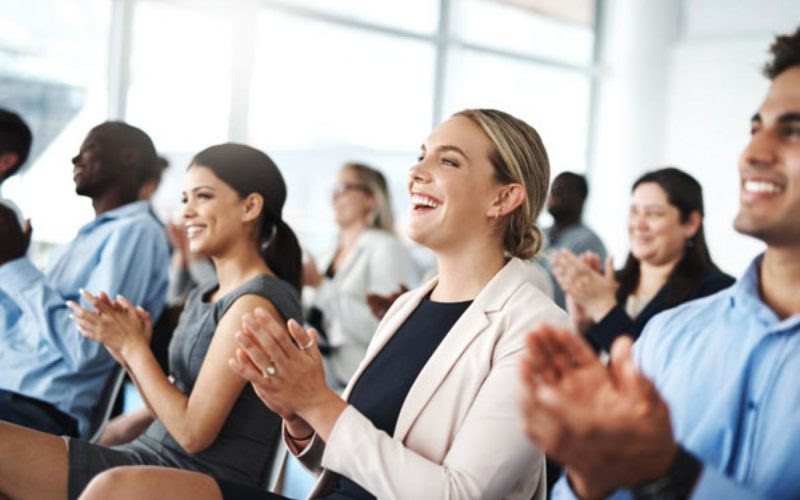 There’s a refreshing new sign that large groups of humans – at long last – are starting to get an ever-so-slight upper hand in our ongoing struggle with that deadly enemy, Coronavirus!

The sign is becoming visible through the welcome return of live conference audiences.

These are – you may just about recall – gatherings where humans (mostly double-vaccinated and thoroughly-tested ones) are starting to get together in well-protected ways that were not medically allowable in the scary earlier pre-vaccine stages of the mass Covid outbreaks.

Conferences that had been put on hold are now hurtling back into life – some of them face-to-face and some in online forms that take advantage of recently popularised communication-enabling technology.

And increasingly, conferences are becoming “hybrid” mixtures of the two – with a portion audience members live in the room and others checking in on line.

SPEAKING TO IN-THE-ROOM & ONLINE AUDIENCES AT THE SAME TIME

This presents new challenges to conference speakers who have to learn how to fully engage with both those in the room –  as well as those watching the proceedings on their screens through the camera systems.

(Good news: Speaking with both audiences simultaneously is a learnable skill – especially  from one-time TV journalists who are used to having to connect with those in the studio and simultaneously reach the folk watching amidst all the distractions of home.) 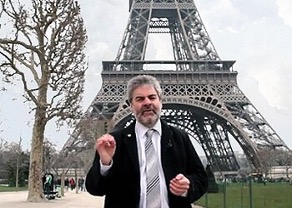 Throughout all this, the British face-to-face political party conference season has resumed after its long enforced Corona break.

Further into this ezine I will look be looking at the amazing case where one political party leader – previously seen as dry-as-dust – has given a remarkable demonstration of how you can be perceived as warmer and more charismatic when you’re able to successfully touch emotions.

YOUR CHANCE TO HEAR THE NEXT DODD KEYNOTE FREE ONLINE!

And amongst my own returns to the conference scene, I’ll be doing the opening keynote speech this week at an international conference where – I’m delighted to announce here – I’m allowed to invite readers of this column come along and witness the occasion free online!

This particular conference is focussing on the overlapping high-tech and education sectors and is dedicated to seeking to improve the online assessment experience for those, such as exam candidates, who now have to engage with this new way of being tested via their computer screen.

The conference agenda is focused on the requirements of those working with the new technology that’s been deployed to help keep the assessment process on track, largely through online means, during Corona times.

It’s the annual Surpass Conference which is being staged online from 6 to 8 October. 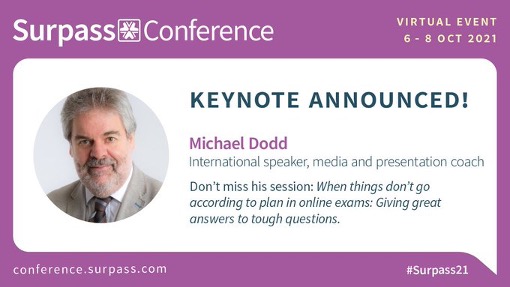 My opening keynote on the first day – Wednesday 6 October – is entitled:

“When Things Don’t Go According To Plan In Online Exams: Giving Great Answers To Tough Questions.”

One of the many features of the conference is that the organiser, BTL – a leading British-based global provider of assessment technology services – is generously opening up attendance to some who are outside the examination and assessment industry.

So while the conference will also be of interest to many across all sectors of the economy where – amidst the post-lockdown return to new norms – things can potentially go technically awry …or go off track in other ways.

In such cases those involved in delicate technical operations can find themselves facing blowtorch-on-the-belly questions when things go wrong – including those from inquirers who are in urgent need of accurate, sympathetic and inspiring answers.

In other words, there’s a focus on helping professionals who have a stronger-than-ever need to provide great answers to tough questions under pressure.

The video promotion for the keynote is available here:

And if you’re interested in taking up the invitation to hear the presentation – and, if you wish, stay on for the live the Question & Answer Session – and for any other parts of the conference, you can register free at: 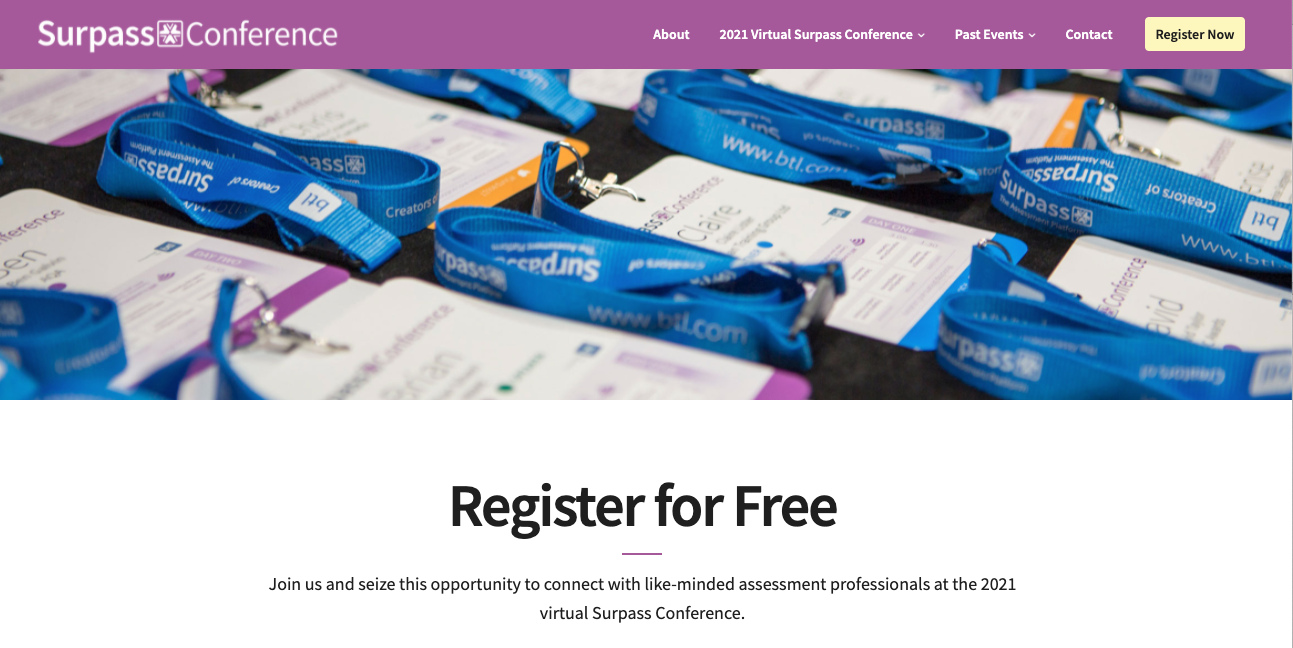 You’ll also be able to hear the sustainable finance framework advisor, Dr Mike Goodfellow-Smith, address the issue: “Why should sustainability be an urgent consideration for your organisation?” 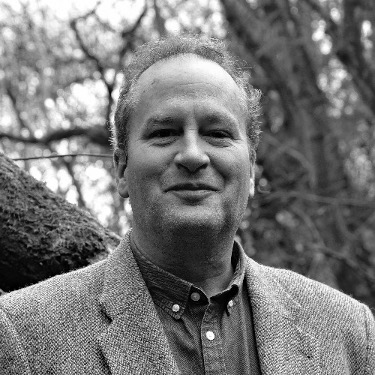 CHECK OUT THE BOOK THAT CAN HELP GUIDE YOUR ANSWERS

Meanwhile, those who aren’t available to take up the free conference invitation, but who are nonetheless in urgent need of giving great answers to their tough questioners, can seek out guidance by clicking on the image of this book, published by Wiley, at: 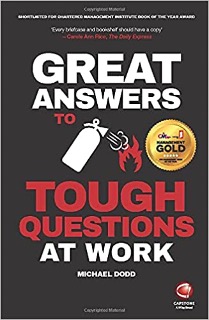 For those needing to connect with remote conference audiences through the camera lens can check out the possibilities for learning-talking-to-the-camera techniques  at:

THE PARTY LEADER WHO BOUNCED BACK BY TOUCHING EMOTIONS

Meanwhile, let’s take a look at that political leader who – before the face-to-face party conference season resumed – was seen by many as interminably dull. 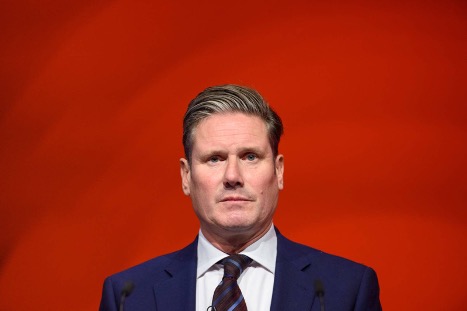 His Labour-supporting parents named him after the party’s first parliamentary leader, Keir Hardy. 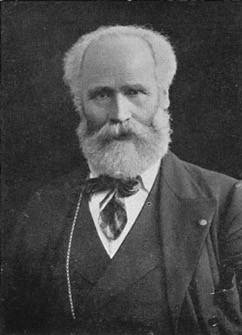 But the fact that Keir Starmer’s a QC, a former Director of Public Prosecutions and a Knight Commander of the Order of the Bath doesn’t exactly make him a typical Labour Leader.

Alas, up until this past week, Sir Keir’s august background has done little to make him seem exciting.

And even though he’s been Opposition Leader since 2020, Coronavirus had prevented him from doing an in-person party leader’s speech at the annual conference until now.

Sir Keir took the opportunity at his first face-to-face conference as leader to do something he had not been particularly known for – touching emotions. 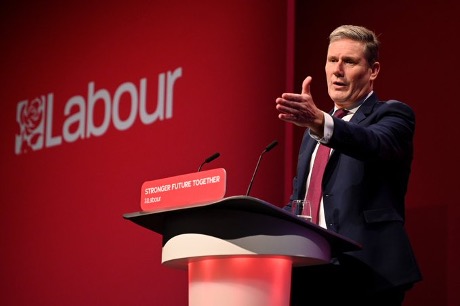 This included speaking most movingly about the fact that, while head of the Crown Prosecution Service, he’d met the parents of murdered nurse, Jane Clough.

This was while discussing his plans to prosecute Jane Clough’s abuser after he had stabbed her more than 70 times when released on bail in 2020 while facing a range of charges of violence towards Jane.

Her parents, John and Penny Clough, were in the conference audience to hear Sir Keir pay tribute to their tireless campaigning for justice for their daughter. 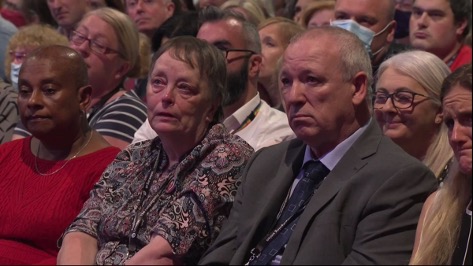 Sir Keir credited them with teaching him “how to keep your dignity under severe pressure” – praise which led to one of a string of standing ovations within the speech.

The Jane Clough murder was a truly horrendous story to reference, but it served a strong purpose.

At a time when, tragically, male-on-female violence is back in the British news, it was an indicator of how courageously pursuing the right causes can have a positive outcome.

It also underlined the point that Sir Keir had been and remains poised to tackle tough issues for the public good – and is now prepared to stir emotions along the way where needs be.

You can see a BBC video on this part of Sir KeIr’s speech, with background around it provided from interviews with Jane Clough’s parents, at:

It’s been hard to see Sir KeIr in the same light since the speech.

Whether you’re an admirer or a detractor, from a communications technique perspective his latest performance shows that he is prepared to work at being an improver.

Dealing with highly emotional issues is something that needs to be dealt with thoughtfully and delicately in presentations.

But where justified it can help take the performances of presenters to new heights – and the force of their words to new levels of impact.

One of the ongoing challenges for public speakers seeking to move audiences is to tell real life stories that show why they get out of bed and do the work they do.

For Sir KeIr, the telling of this particular story in the way he did, helped provide that hitherto missing humane connection.