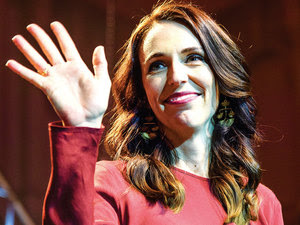 It’s been a magnificent year for the Master Communicator who is the Prime Minister of New Zealand.

Earlier this year, Jacinda Ardern had the honour of being named The Great Corona Times Communicator in an online competition run (and judged) on Linked In by Michael Dodd Communications.

A colourful and wide range of public nominations were put forward for great communicators around the world.

The NZ PM won for her excellent messaging about Coronavirus when – while taking a hard line against the virus with highly impressive results – she was able to communicate  while radiating massive empathy for the people who were adversely affected by the side-effects of her government’s tough anti-Covid-19 decisions.

Now 2020 gets even better for her as she’s has won her second term as the Kiwi Prime Minister in a landslide.

And being the impressive communicator that she is, Jacinda Ardern has grabbed the opportunity to get across more high-impact forward-looking messages. 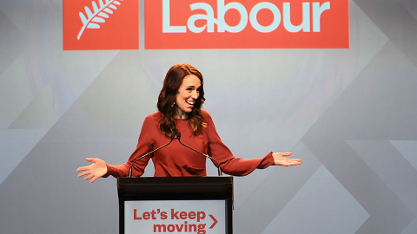 Amidst her characteristically positive, optimistic victory address, were plenty of messages for the people of New Zealand – and others beyond.

One of the things that helps Jacinda Ardern stand out as a communicator is that she never misses a chance to transmit a positive message.

CONVEYING YOUR MESSAGE WHEN YOU’RE IN THE SPOTLIGHT

When people win something – whether it’s an award or something else – their immediate public comments are often focused on how they feel as a result.

Typically you hear remarks like “I’m so delighted”, “I’m so surprised” etc.

This is OK and natural, but if you ONLY do this it can mean you’re missing an opportunity to share with a captive audience – curious about you during your moment in the limelight – a wider message.

This is a trap which Jacinda Ardern avoids.

So as the leader of a small country basking in a rare moment in the global spotlight during the aftermath of her election win, she immediately seized the opportunity to deliver a big message to the world.

In particular, the Kiwi PM had a message for democracies around the globe living through such challenging and often divisive times during this Corona Age.

Jacinda Ardern’s message for the democratic world is that elections “don’t need to tear people apart”.

This is consistent with the fact that – after governing in a manner that emphasised kindness, co-operation and a safety-above-all-else approach – Jacinda Ardern won the best result for her New Zealand Labour Party in five decades.

Interestingly some people interpreted the prime ministerial victory message as a not-so-subtle reference to the divisive presidential election campaign in the United States. 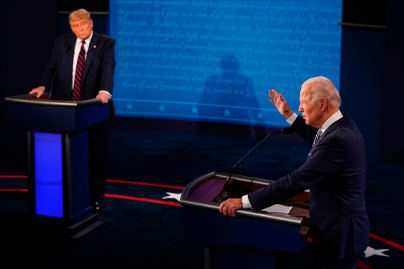 Whether or not you could detect a message for the people of the USA in this footage, there may have been a further subtle clue about her thoughts on the American President and US politics in her media conference later.

This was when Jacinda Ardern was asked about what congratulatory messages she’d received from her fellow world leaders – including from the neighbouring Prime Minister, Scott Morrison, who leads the Liberal Party of Australia which is far more conservative than NZ Labour. 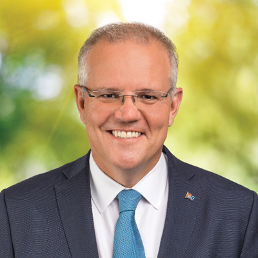 She also graciously acknowledged the message from UK PM, Boris Johnson, who is also far more to the political Right than she is. 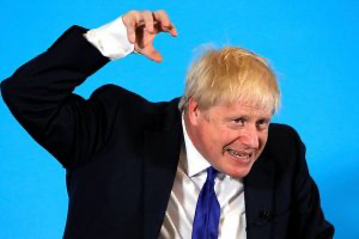 Listen carefully for Jacinda Ardern’s answer to a question about whether she’d received congratulations from President Donald Trump! 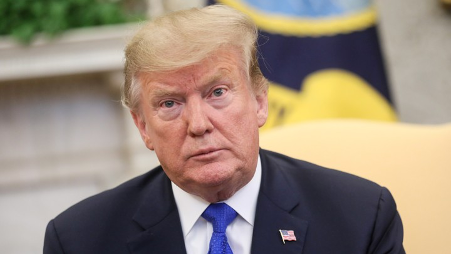 But what was impressive about her (arguably) great answer to a tough question about the American President was the apparent niceness with which it was delivered.

In line with her political record on promoting kindness, positivity and inclusiveness, it was conveyed with a smile in a way that minimised the chances for a reasonable person to be offended by it.

CONVEYING A MESSAGE WITH AN INCLUSIVE TOUCH

And speaking of inclusiveness, in a country where there are some long-running underlying tensions between the descendants of the white settlers and the native Maori community, if you listen to the full version of the Jacinda Ardern victory speech you will notice another humane touch.

At both the start and at the end of her speech, she speaks – with impressive fluency – in the language of the Maori people…. the tongue which became an official language of New Zealand in 1987. 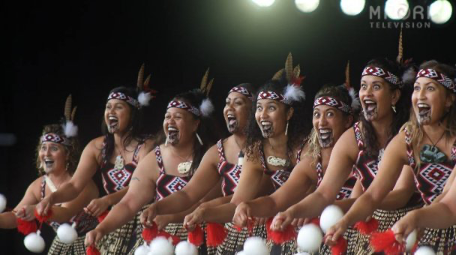 You can check-out the longer, Maori-language-included, video of the victory speech here:

The language gesture – even if assisted by autocue (watch how her lips and right hand fingers move after she finished the opening Maori burst) – clearly has some appeal to the 16.5% of the population who identify as Maori.

Speaking in Maori at such an important moment in her political career, highlights the fact that Jacinda Ardern is who can get a message across to everyone!!!

Becoming inspirational communicators – in individual or group training sessions face-to-face or online – is a learnable skill.

There’s more about it at:

When guiding clients to become inspirational communicators, I sometimes pick out potentially useful inspirational models for us to study.

Jacinda Ardern is sometimes the right model for some people.

Because there’s so much we can learn about effective, empathetic, enthusiastic communications from this truly remarkable leader!