Getting Yourself Ready For That Big Moment 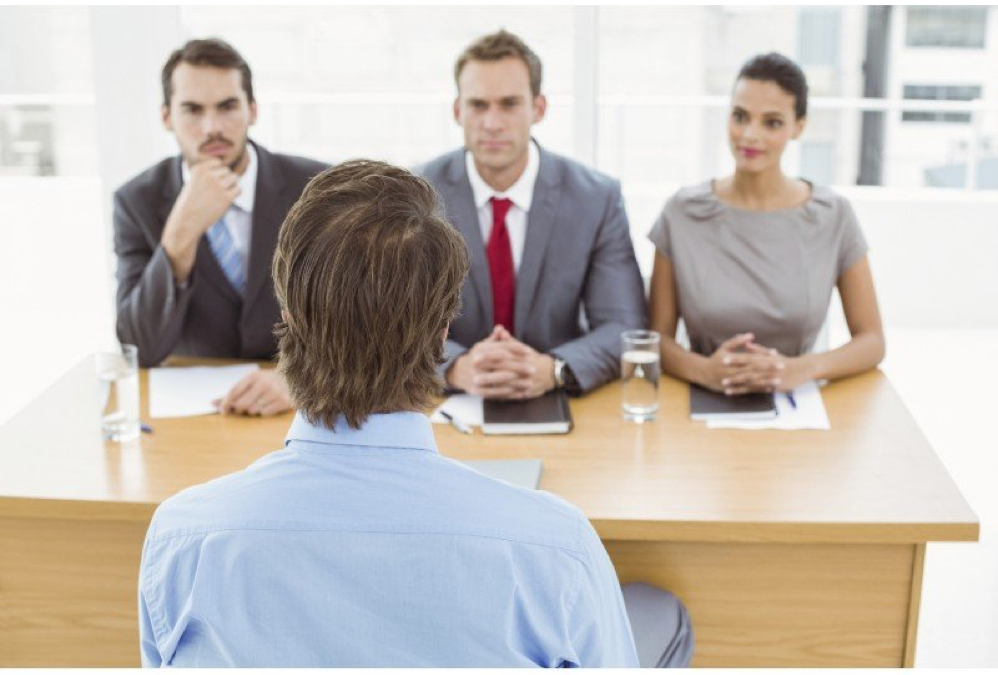 In everyone’s professional life there are big moments when you need to ensure that your communications approach is spot-on and that you perform at your absolute best.

The higher you climb the more such moments you can expect.

Common amongst these moments are career appraisals, crucial phone calls, sales pitches and interviews for that top post.

They can also include more widely scrutinised moments such as presentations to vital audiences, court appearances, giving evidence to tribunals, answering questions at inquiries and doing media interviews.

And they might even involve uttering some hopefully well-chosen words when you win the glittering trophy – whether it’s Best Business From The Back Of Bourke, a Brit Award or an Oscar. 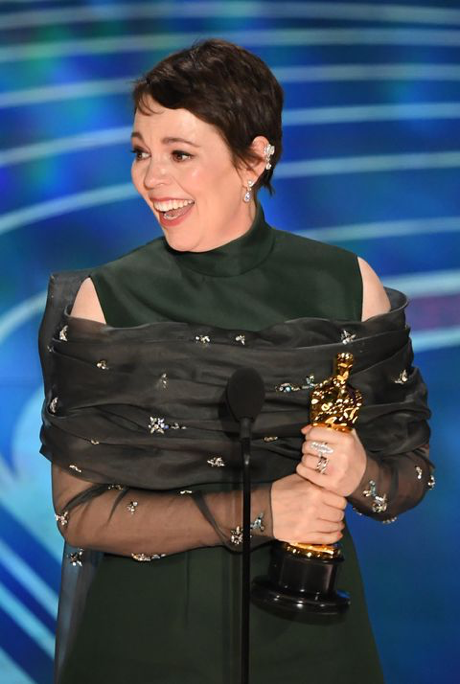 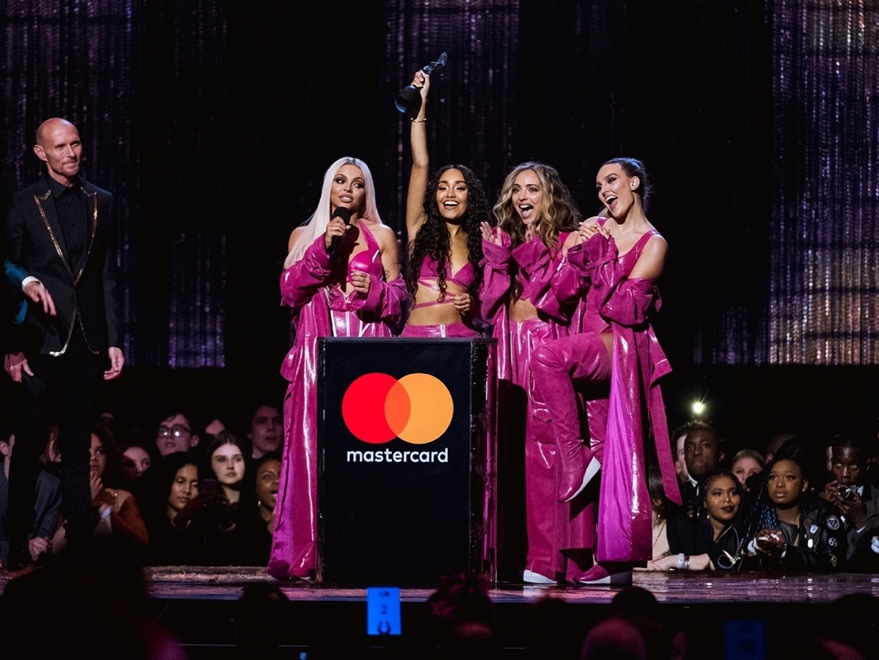 Under the pressures of the occasion, we can all make mistakes including unhelpful slips of the brain and tongue.

This edition features someone who managed to do exactly that live on TV. 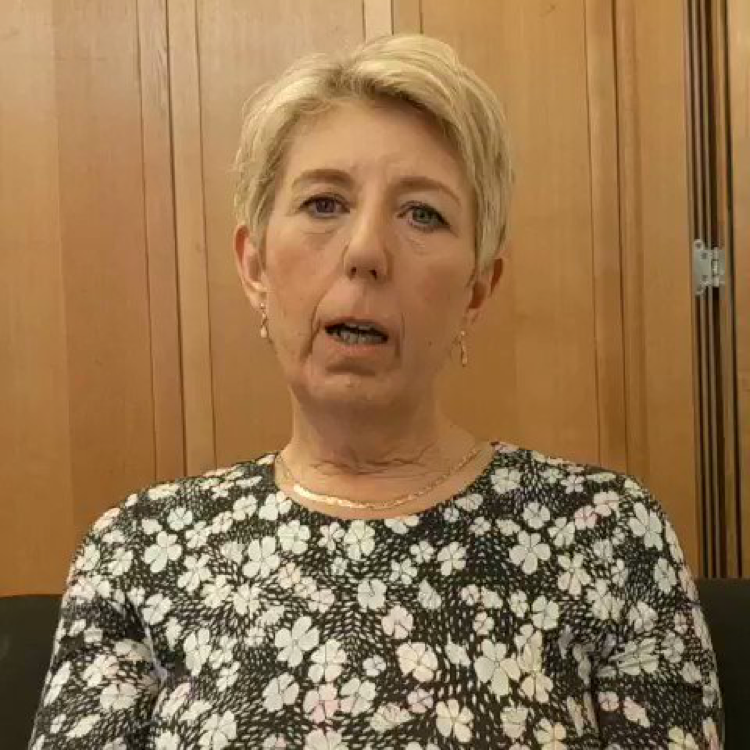 But planning, preparation and practise can eliminate so many of these mistakes.

In the communications-boosting sessions I run to prepare clients for big moments, one of the key aspects is to replicate the realities of your specific situation ahead of time.

In the world of theatre, actors do dress rehearsals to give themselves the chance to run through just how things will be on that critical opening night and beyond. 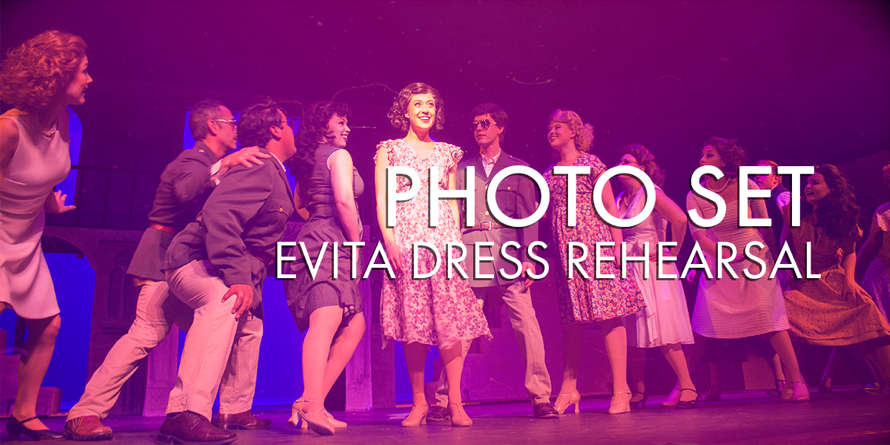 Further into this edition there’s more on a star-studded actress who tackles her rehearsals with fierce dedication. 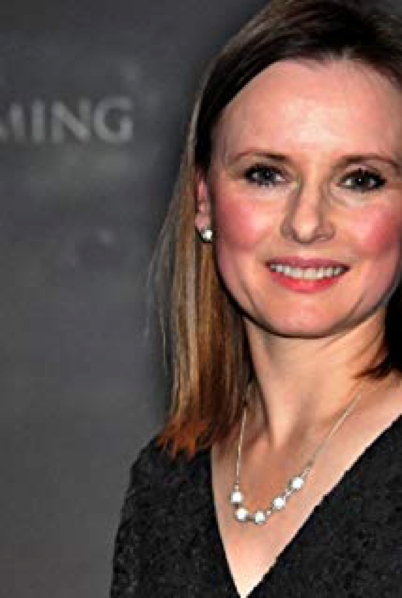 In the world of sport, professional players undergo regular training to master key moves ahead of the big match. 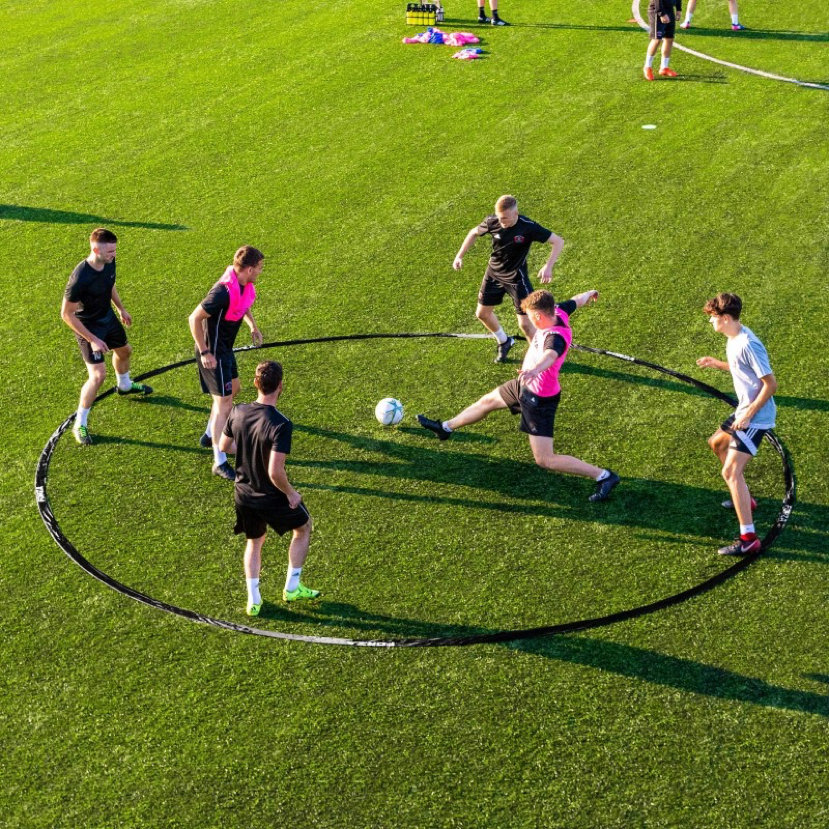 Communications-boosting sessions can also get you and your team ready for your big moments on the same basis.

When you plan, prepare and practise under realistic conditions, you have good reason to feel so much more confident during your big moment.

It can be especially beneficial when we have a camera operator involved, so there’s the opportunity to play back, scrutinise and refine everything that’s attempted during rehearsals.

In this way, the content of what you say, the structure of your words and your delivery style can each be polished until they sparkle.

Here’s a story of someone who stepped into the spotlight during the past week without doing adequate planning, preparation and practise…

DON’T LET THIS HAPPEN IN YOUR BIG MOMENT

Amidst the current political hothouse of Brexiting Britain, it had long been predicted that various parliamentary members on both sides of Westminster were going to quit their parties.

So for those involved, there was ample time for planning, preparation and practise in the lead-up to the big moments which finally happened over this past week.

Alas, one of the defecting Labour Party MPs, Angela Smith, presumably now wishes she had taken that opportunity to prepare more carefully what she was going to say in advance.

In the immediate aftermath of her announcement, she was invited to take part in a live TV panel discussion to talk about her reasons for leaving.

As alleged party racism was among her concerns, Angela Smith took the opportunity to discuss the challenges faced by those classified as “BME” – that’s members of the Black and Minority Ethnic communities.

But in the heat of the moment Angela Smith ended up describing such people as having “a funny tinge”.

At a time of a heightened focus on so-called politically correct language, this went down extremely badly.

Another panellist immediate queried: “A funny what?”

And while the TV moderator didn’t draw attention to it, viewers noticed.

The slip and critical comments about it were soon trending on Twitter.

Labour MP Rupa Huq – a member of the BME community – complained “This is, at best, the casual racism of the 1970s that I thought we’d long left behind. But it will strike many as an appalling, racist comment.” 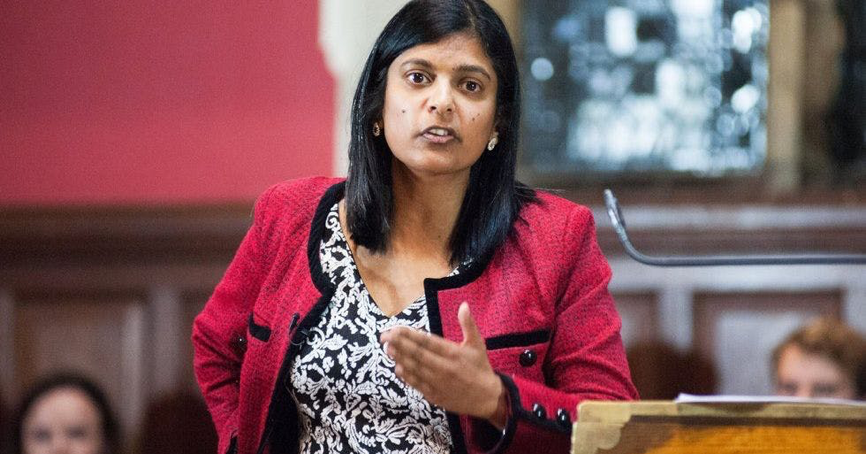 To her credit Angela Smith had the good grace to apologise for what came out, saying “I am very upset that I mis-spoke so badly”.

If you need to get your words right on a big occasion – whether it’s on TV or in another important professional moment – click on the following link to be reminded not to let a lack of proper preparation lead you into an unintended Angela Smith-like gaffe:

BIG MOMENT FOR THE THRILLER OF THE YEAR

A very different big moment will soon be taking place for a group of highly talented film-makers.

These are the creators of the independent feature film, “The Redeeming”, brought together by the movie’s director, Brian Barnes.

Readers of this column with good memories may recall that I’ve taken a particular interest in this enthralling twisting-turning pyscho-drama which keeps viewers on the edge of their seats throughout.

This is not just because it’s a great movie.

It’s also because the star of the show, Tracey Ann Wood, lent her extraordinary acting talents to the production of an on-line video which demonstrates the key differences between appalling answers in the business world and great ones.

Tracey Ann did this as part of a pre-release promotion for “The Redeeming”. 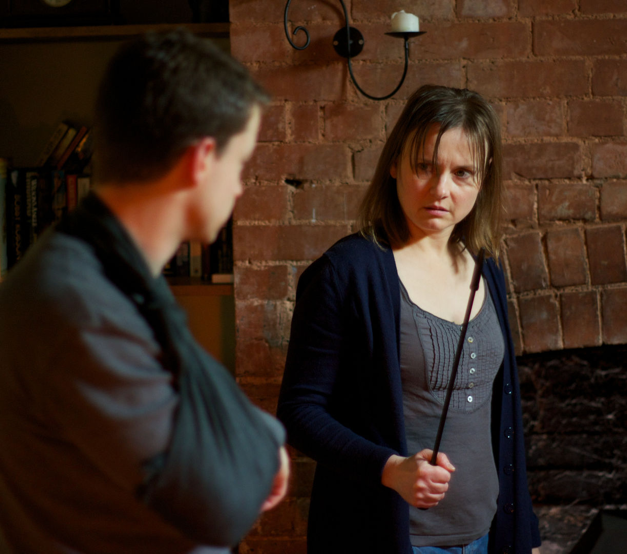 The big news for those behind “The Redeeming” is that the movie has now been nominated for Best Thriller in Britain’s National Film Awards.

This is a particularly impressive achievement as it’s up against films with massively larger budgets.

So it’s a classic David versus Goliath contest.

I was fortunate to witness the London premiere of The Redeeming at a cinema off Piccadilly Circus. 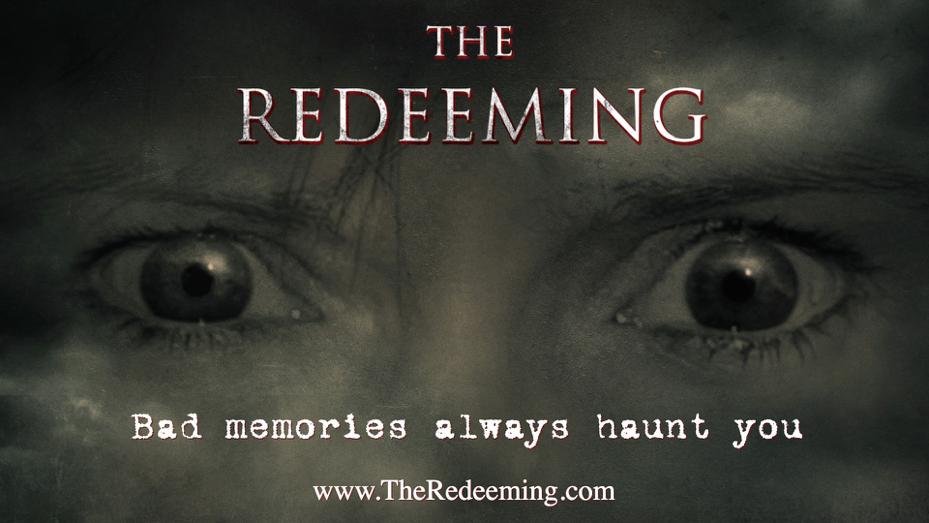 But if you happened to miss that glittering occasion, you can now watch The Redeeming in the comfort of your home.

Options enabling you to do this are set out at: www.theredeeming.com

If you’re convinced that “The Redeeming” should indeed become the 2019 Thriller Of The Year, you can register to vote for it – and/or other movies of your choice – at:

And if you want to watch Tracey Ann Wood’s atrocious and great answers to tough business questions – and glimpse that scary early promotion for “The Redeeming” – you can check them out at:

Details on sessions to prepare individuals for big career moments are at:

Information about training to boost the communications performances of whole teams are at:

And keynote presentations to inspire everyone at your next conference to become inspirational business communicators can be checked out at:

Focusing in advance on getting your communications performances pitch perfect will minimise the prospects of you and your colleagues having any of those Angela Smith-type moments when you’re in the spotlight.