GOVERNMENT FAILS – BUT WILL YOU PASS??? 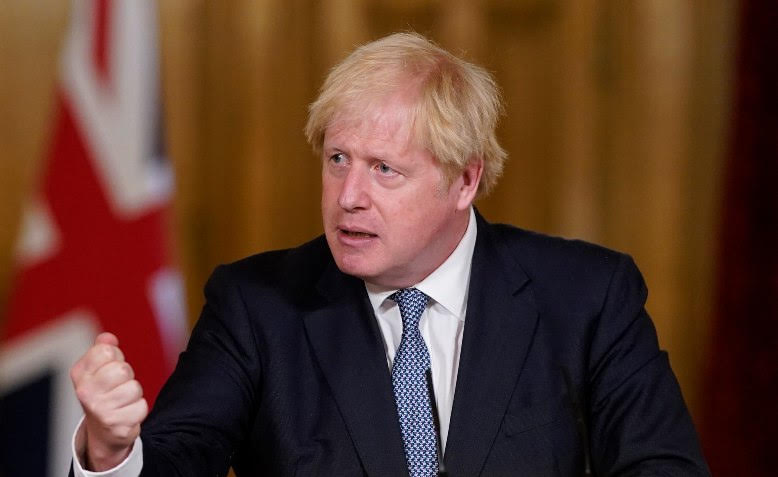 Whenever things go badly wrong it’s vital that leaders both do the right thing – AND communicate effectively about it.

This applies in whatever organisation you work.

Being seen and heard talking about what’s happening – and what you’re doing to sort things out and make amends – is critical to restoring public confidence in your team.

If you do a disappearing act – which British Prime Minister Boris Johnson has done over the high school results fiasco – it doesn’t work.

So there are significant communication lessons which those outside politics can learn from how the school grades issue been mishandled.

HOW YOU ANSWER AFFECTS HOW YOU’RE PERCEIVED

Remember that when clients, prospects and others judge your organisation’s performance, how you communicate about the problem can be as important as what you actually do about it.

Perceptions about how your organisation has behaved will typically be linked with how well your frontline people answer tough questions about what’s happened.

Tough questions tend to go to the top – especially when a crisis has been self-inflicted.

When they inevitably do, your organisation’s words and actions need to harmonise – and be seen to be doing so.

This hasn’t been the case with the embattled Education Secretary, Gavin Williamson. 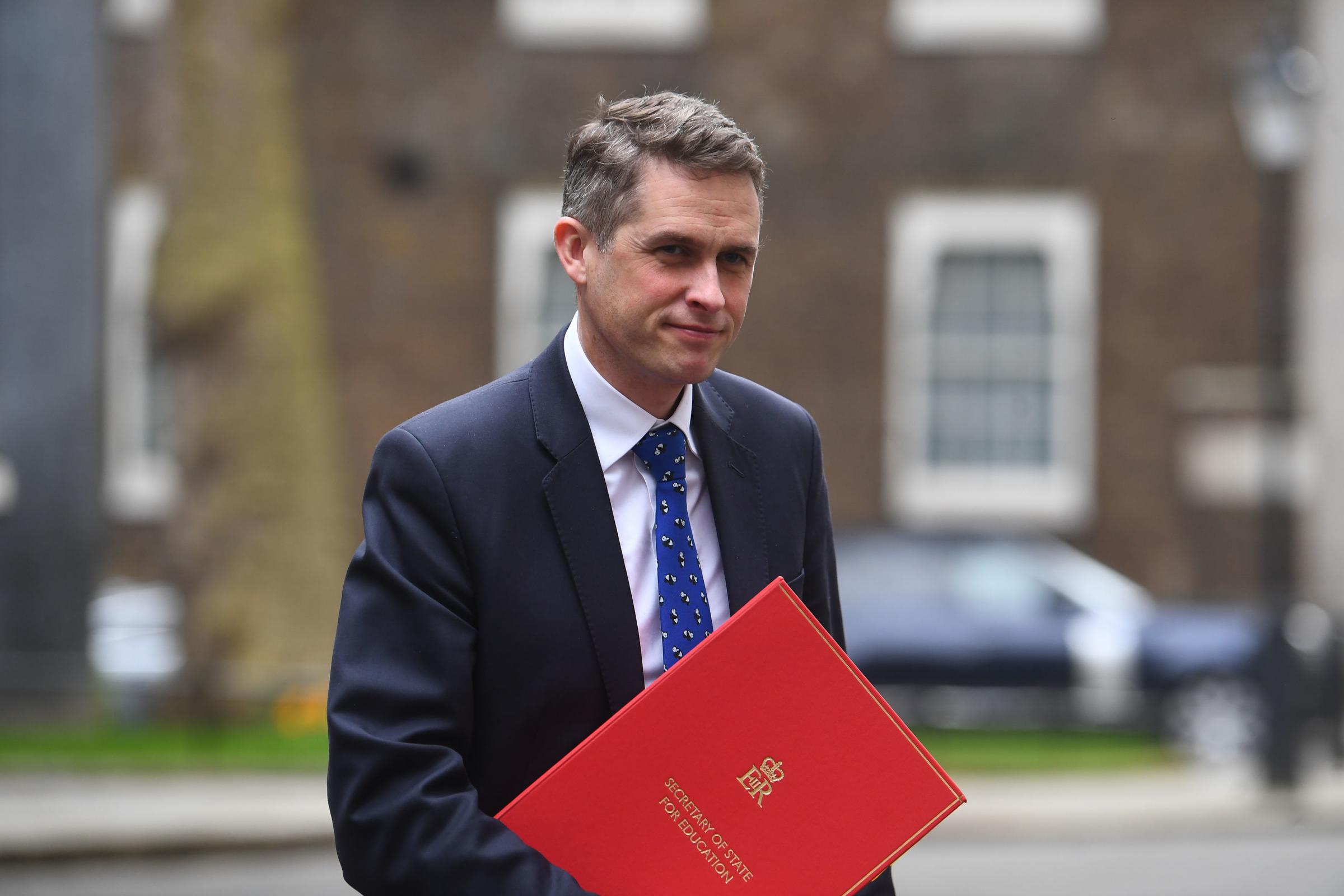 He’s been struggling to be seen to be in control of things ever since Coronavirus prevented the normal public exams from taking place.

This week he’s been seeking to avoid the very obvious question about whether he’d offered to resign over the matter – and whether he should resign.

Saying you want to build the best education system in the world can’t disguise the fact that everyone can see he’s just not addressing the question – as you can easily spot here.

It would have been so much more admirable had Gavin Williamson said either:

“Yes, I offered to resign but the Prime Minister declined to accept it because…”

If you deal straight with a tough question you’re then entitled to go on and put your answer into perspective – and get across a vital relevant message to your audience.

This is a learnable technique.

When you deploy it, you will come across as being far more honest, reasonable and comfortable than Gavin Williamson has managed.

One-to-one and group sessions on this can be run – on line or face-to-face at a social distance.

You can start to explore the thinking behind addressing the tough questions head-on to great effect in the first chapter of Great Answers To Tough Questions At Work.

The publishers, Wiley, have put a free link to it here: 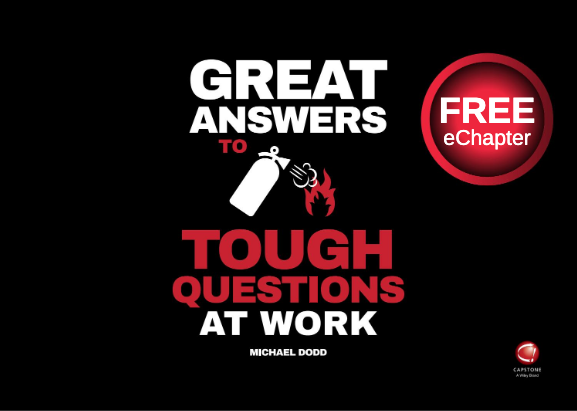 APOLOGISE WHEN YOU NEED TO – & GET IT RIGHT

Another vital thing to do when your organisation has made a big mistake is to apologise – and apologise effectively.

However, this only works when you’re is prepared to ensure that your actions are in line with the words.

Saying “sorry” only works when the right actions are also taken.

Gavin Williamson said has said he’s “incredibly sorry” for the pressures inflicted on students and universities.

“Incredibly” is a poor choice of word as the Oxford dictionary points out it means something is “difficult to believe” or “impossible to believe”.

Gavin Williamson’s apology would be so much easier to believe if he resigned from his post.

There’s a disconnect between saying “sorry” and not taking the time-honoured political step to back it up.

Besides the government’s apology would have been far more credible if it came from the very top.

If Boris Johnson stepped out of hiding to deliver it – even while holidaying somewhere secretly  in Scotland – the apology would carry far more weight.

Knowing how to give an apology – supported by the right actions and the right reassuring message – is also a learnable skill.

It can be learned online or in conference keynotes.

There’s more – as well as the latest video demonstrations – at: 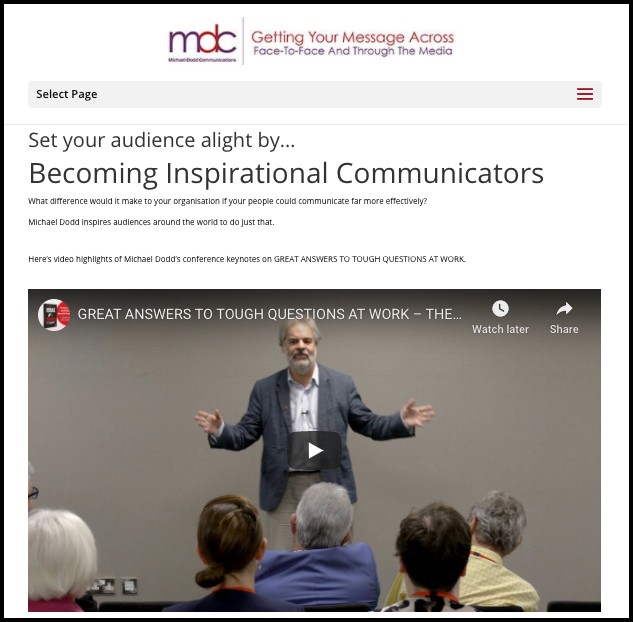 Whatever crisis can befall your organisation as you struggle to deal with Coronavirus, it’s so much better if you learn the right communications skills in advance.

These skills can be – and often are –  learned on the run.

But it’s so much better if you and your people acquire and practise the techniques BEFORE trouble strikes.

Being prepared to communicate about the worst can sometimes help you avoid trouble in the first place.

In this way, you can avoid the traps that are ruining the summer of Gavin Williamson, Boris Johnson and so many frustrated British students!