Tackle your big issues with…

“The Media Challenge” is an exciting, innovative way of getting to grips with the issues hitting your organisation – now and in the future. It involves staging a series of live simulated television shows focusing on the issues which your team is having to face.

The stars of these shows are your people. 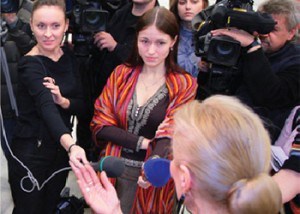 They are questioned and prodded in a series of live TV-style debates – playing the parts they play in real life, and also the parts of others they have to deal with every day. Preparation for “The Media Challenge” starts before the event with planning discussions on the issues with which your team has to deal.

It could be a restructuring; it could be relocation; it could be a big expansion. When the issues have been identified, a mock media script is drawn up – portraying the kind of coverage which would feature in the media if the spotlight fell on your organisation.

This can be a script for a radio news programme, or it can involve a pre-recorded television shows involving the highly talented roleplay actors from CentreStage.

This coverage is used to kick off the big event with your people.

Participants get to understand how it feels to be in the shoes of their more senior or more junior colleagues – or people they’re dealing with outside your organisation….competitors, shareholders, lobby groups etc. After the TV series, insights are shared and an expert helps rake over the learning points, the decisions and the performances. 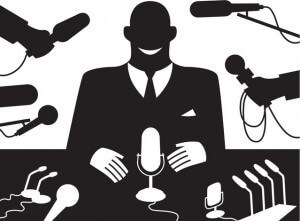 This can be done immediately after the shows – or the following day. Together with the expert, your team members – now all back on the same side – put together a plan on what they need to do to deal most effectively with the issues they face. The expert could be business guru, Roger Harrop who travels the world helping chief executives and their teams to lift their performances, or it could be leadership expert Bev Hamilton.

With the help of the expert your team members can draw upon the experiences they’ve just been through – and utilise the new insights to draw up an action plan to guide their way forward. Many of the improvement issues thrown up by “The Media Challenge” involve communications – internal and external.

Michael Dodd can then run a master class session looking at how your people conveyed their thoughts – and how they can polish their performances. “The Media Challenge” has been run with Sainsbury’s, Skanska, The Electoral Commission, The Foreign and Commonwealth Office, Skanska, the National Health Service and others.

Make your next team activity one to remember – where your people gain invaluable insights and skills they can draw upon day after day, week after week, year after year.

For bookings and further information call

“The Challenge provides a stimulating and engaging test for participants using time pressures, organisational and group dynamic dilemmas.  It puts people on the spot, there is no hiding in The Challenge and learners need to be able to work in partnership with others and to defend their work area against attack from others.  It hones leadership and management skills in a fast track and exciting pragmatic environment.”

“This highly interactive activity helped us to capture the raw enthusiasm of our graduates and aimed to equip them with some key skills to support the early stages of their career. I am pleased to say that initial feedback suggests that it was also the highlight of the week for many of them, and has allowed them to put into the context the importance of demonstrating drive and ambition to succeed.” 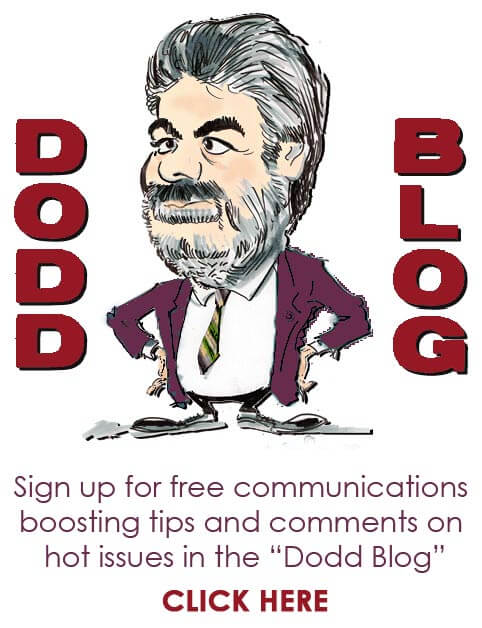 Talking to the Camera