Inspiration For Your Inner-Communications Genius 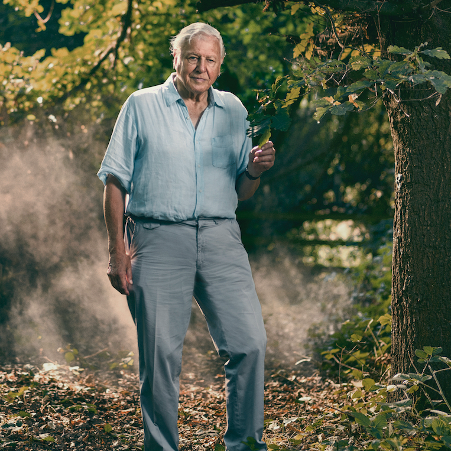 Moments of great challenges are times when it’s ideal to have great communicators around.

And moments of great challenges are also times to BECOME great communicators.

Amidst Corona Times, the measure of success for governments, organisations and individuals is often tied with how persuasively and effectively they can communicate.

It’s also the same with the quest to solve a much longer running – and arguably even bigger – current challenge.

This is the challenge involving the rapid extinction of plants, animals and insects which has been accelerating in recent times.

There’s considerable argument around just how serious, how fast and how critical the extinction rates have become – and further argument over how much is the fault of humankind.

WATCHING A COMMUNICATION GENIUS IN ACTION

As ever, in examining this example of excellent practice, it’s my intention to focus on Sir David’s communications skills rather than to seek to assess exactly how right he might turn out to be.

But I suggest that there is much everybody can learn from his remarkable communication talents which, at the age of 94, seem as sharp as they’ve ever been.

Perhaps it helps that Sir David has become one of the most travelled humans in history.

If you’d like a quick flavour of Sir David’s latest video masterpiece, you can check out the short, punchy TV promotion for it here

And if this makes you think you just have to watch more, you can see the whole programme – which runs just under an hour – at:

Whether you watch or not, the programme radiates phenomenal communications skills from which we all can learn.

Here’s a few of its many strong communication features:

+ The messages are clear. They run effectively throughout the programme. Sir David’s chief message – that everyone needs to do what they can to help – becomes evident well before he reaches his final powerfully simple concluding line: “What happens next is up to every one of us.”

+ Sir David’s messages are built on a balance between factual guidance and emotion. While he deals with a highly emotional topic – the future of life as we know it on this planet – he avoids getting overly emotional in the way he writes and delivers his lines. They are all the more powerful as a result.

+ His messages are in alignment with his own personal back story. This is underlined near the start when Sir David reminds us that over his long life he’s encountered some of the most remarkable species of animals. And yet its only now, he reveals, that he realises how lucky he’s been – as many of these wonders seem set to disappear forever.

STORY-TELLING AT ITS BEST

One of the things that helps Sir David to tackle highly emotional aspects of his topic without being overly emotional is that he relates beautifully told stories to bring out the emotion.

There’s the story of the last two Northern White Rhinos – the mother and daughter – who are the only ones left on the planet. 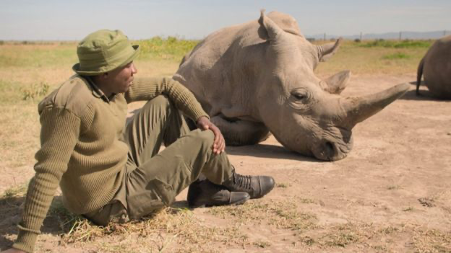 Sir David also does something which great persuaders need to do when addressing their audiences regarding situations which appear bleak and threatening.

He provides a reason for hope.

His message of hope is that if nature is given the chance it can bounce back.

Again this contention is brought to life through a story.

It’s the story about Sir David’s encounters with the gorillas in the Virunga Mountains in Africa.

He speaks – and shows footage – of his first encounter with these once-endangered animals forty years ago when he met some of the (then) few remaining mountain gorillas. 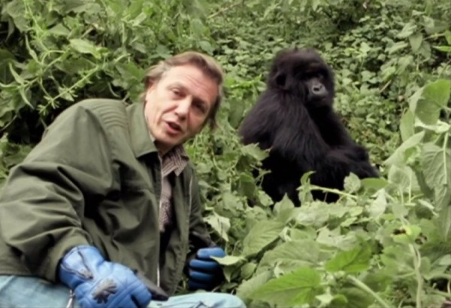 She distinguished herself by trying to take off the Attenborough shoes.

At the time Sir David thought he may have been communing with the last of the gorillas as they were on the brink of extinction – threatened by having their habitat destroyed by the march of agriculture.

But conservation efforts to put money from gorilla-viewing tourism into the hands of the local population helped preserve the remaining habitat.

The gorilla population has since increased.

Sir David’s documentary is able to show contemporary footage of Poppy’s daughter and grand-daughter thriving – providing a beacon of hope illustrating that positive human effort can make a difference.

TAKING YOUR COMMUNICATION SKILLS TO THE MOUNTAIN TOPS

Excellent messaging and excellent story-telling are learnable skills which can be combined to highlight the positive aspect of your message – whatever it is.

If you and/or your team need help to boost your communications, there are various ways to give you help.

Workshops can be provided – online and/or face-to-face, socially distanced.

Details of the ones that are especially designed for communications-boosting on Corona-related issues are at:

Online and face-to-face guidance can be given in conferences – virtual and live in the room:

There are also new ways of receiving help.

These can involve getting ongoing communications guidance – over the phone and/or online – with face-to-face involvement when required.

If you’d like to discuss how this can work for individuals and companies, email michael@michaeldoddcommunications.com to set up a call.

You and your team can yet become inspirational communicators – even if you’re under the age of 94!