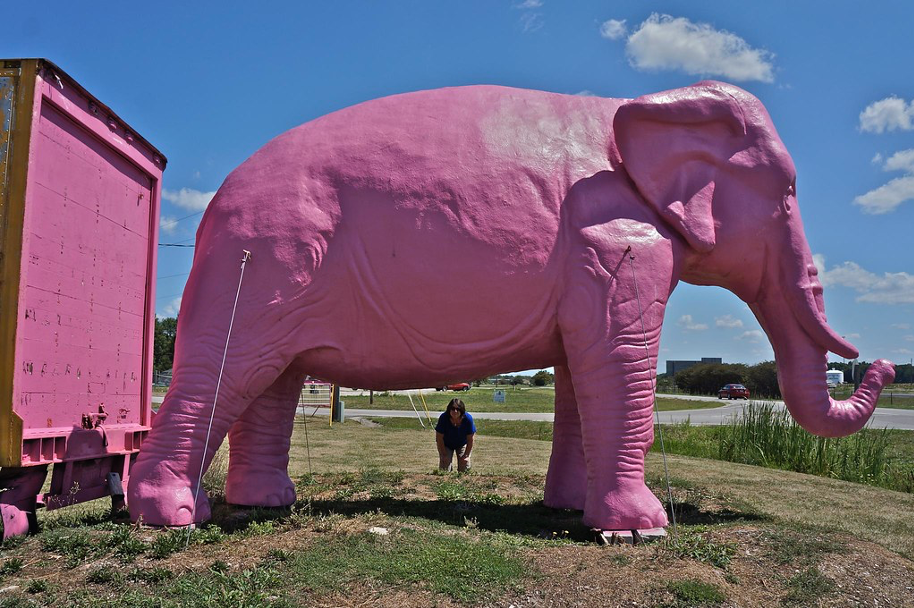 There’s an enlightening exercise for the human brain which provides an important lesson about choosing your words carefully.

The exercise works by identifying something that you’re not meant to think about.

It may involve refusing to think about a big pink elephant.

Later on you’ll find it can also include avoiding thoughts about killer koalas dropping out of Australian trees to attack you.

Please concentrate on not thinking about a big pink elephant.

Got that? Do NOT think about a big pink elephant.

Oh dear. I think you may have failed.

And I have too.

I suspect that like me, however hard you’ve tried, a big pink elephant began lurking somewhere in your mind.

It’s difficult to pass the test because the human brain is rather flawed when dealing with negative concepts.

The word “not” – however emphatically uttered – fails to prevent the human brain from thinking about whatever is the banned topic.

But evidence suggests that quite a few high profile people – and others – would communicate more effectively if they became more aware of this.

WHY “NOT” OFTEN DOESN’T WORK

For example, this “challenge of the negative” has emerged in current British politics where there’s a contest to become the next leader of the opposition Labour Party.

One candidate is being portrayed as someone who’ll carry on the strongly left-leaning approach of the departing leader, Jeremy Corbyn. 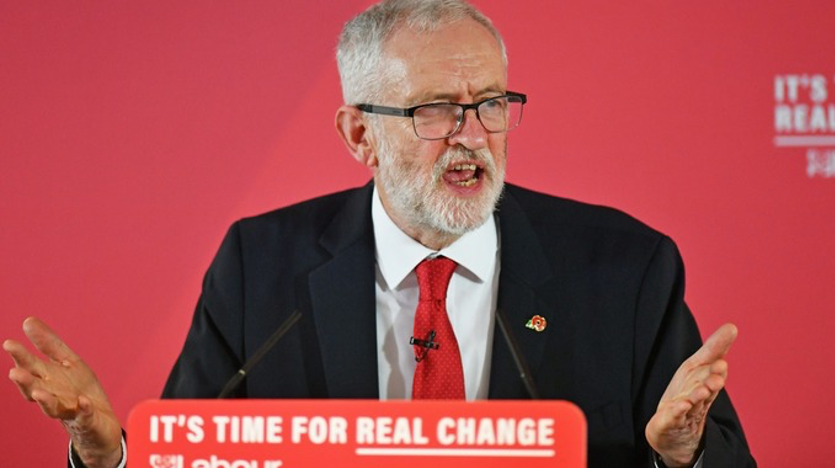 Mr Corbyn is the Labour leader who has lost the last two general elections in a row.

You can therefore possibly see why supporters of one candidate to replace him may have reservations about their favourite being viewed as a losing “Jeremy Corbyn-type”.

The candidate concerned is Rebecca Long-Bailey and she certainly doesn’t look much like Jeremy Corbyn. 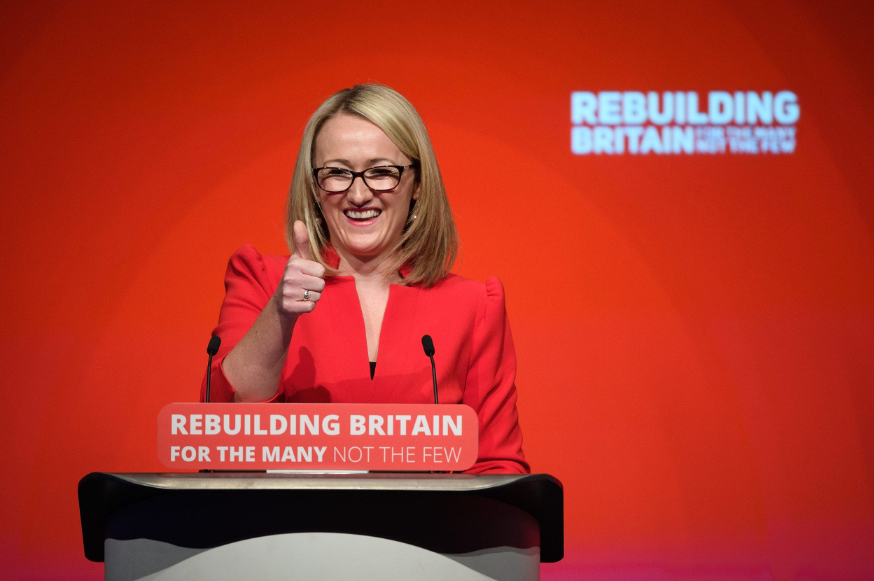 If you’re struggling to tell them apart, she’s the one below on the right with red lipstick, while he’s the one on the left with the white-ish beard.

Anyone who thinks they appear physically to be identical twins has a problem.

One of Rebecca Long-Bailey’s key supporters –  the veteran trade unionist, Len McCluskey – is worried that it won’t do her much good if she’s seen as the so-called “Continuity Corbyn” candidate.

In a bid to help her, Mr McCluskey has been pushing the line that Rebecca Long-Bailey is not the “Continuity Corbyn” candidate.

You can read about and hear Len McCluskey’s comments on TV here.

DEPARTING ROYAL FALLS INTO THE TRAP

Meanwhile the reluctant royal, Prince Harry, has run into a similar problem as he embarks on his new Canadian-centred life with his wife Meghan, Duchess of Sussex. 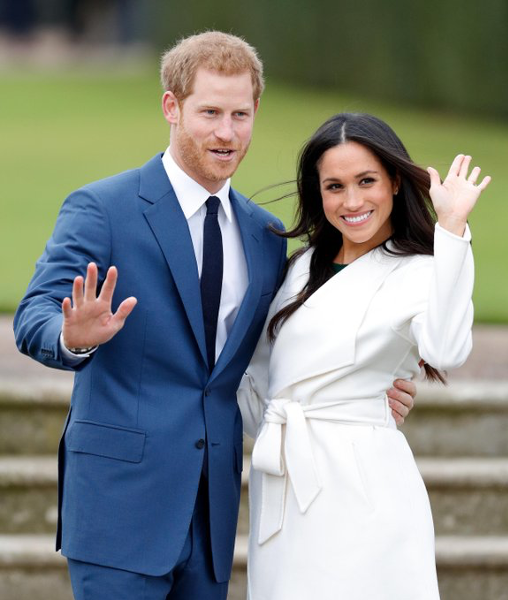 In a speech in London before departing for Canada, Prince Harry sought to assure everyone that they were “not walking away”.

You can check out the context and the video of Harry delivering his speech here.

As with pink elephants, you can assume that the Prince Harry message many human brains picked up from the speech is encapsulated in the words “walking away.”

This is the exact opposite of the impression Harry and Meghan were seeking to convey to the charities and other causes they’ve been supporting.

How much more effective it might have been had Harry expressed it positively along these lines?

“Wherever we are in the world, we’ll continue to support you!”

YOUR MESSAGE IN 60 SECONDS

I regularly find myself helping clients word things in the positive – whether we’re working on an important speech, a forthcoming media interview, an introductory presentation or great answers in professional conversations like job interviews, career appraisals and sales discussions.

Direct positive wording helps convey your point in the way you want it to be received, remembered and acted upon.

Over the past week I’ve been making the same point on positivity when helping people in Northern England to get their message across in the time it takes to make a piece of toast. 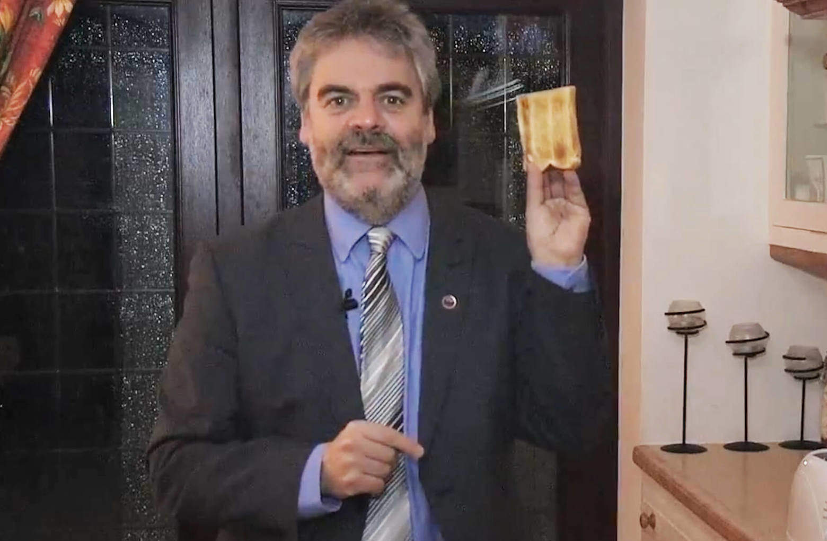 It’s been uplifting to run the sessions on “Your Message In 60 Seconds” in the delightful events venue called Makeney Hall in Derbyshire. 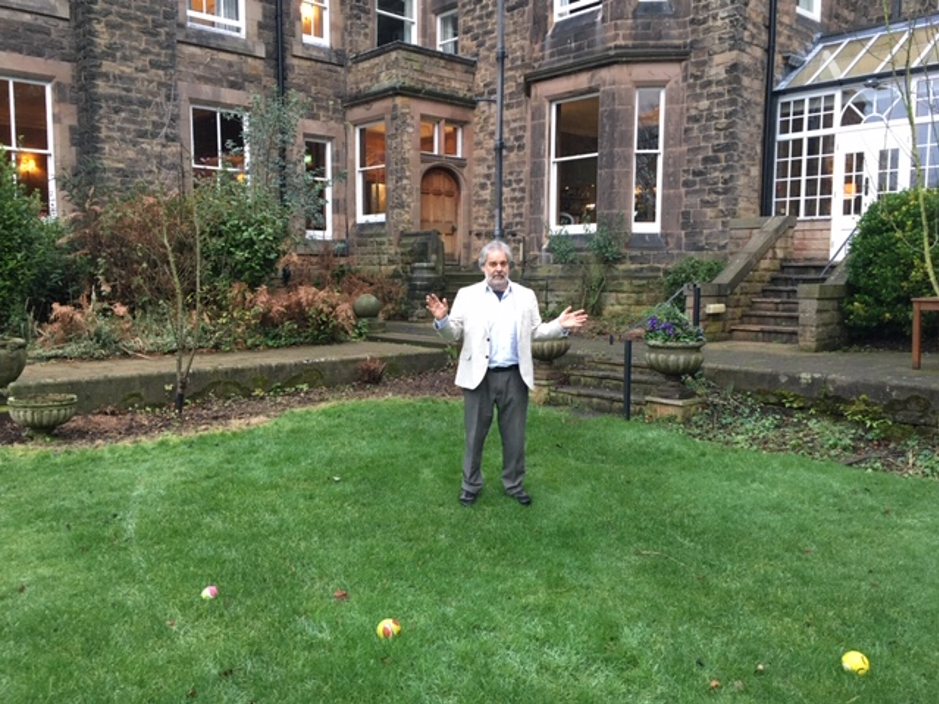 It’s an enchanting place where you can look out on enchanting scenery – without a pink elephant in sight.

DO NOT FEAR KILLER KOALAS

And it’s also a place where you can stroll through the nearby forests without fear of being attacked by (an alleged) deadly sub-species of Koala dropping out of trees.

You got that? In northern England you do NOT need to be fearful of killer koalas dropping down on top of you!

Alas a British reporter in Australia struggled to get killer koala attacks out of her brain as she bravely prepared this report on them from Down Under.

You have to watch this short video through to the end to disbelieve it!

So whatever communications you’re planning, strive to express your important thoughts carefully and, where possible, word things directly and in the positive.

Doing this will help you and your audience to avoid those big pink elephant traps.

If you and/or your team need help with your communication planning, preparation and practising, there’s a range of options here:
http://www.michaeldoddcommunications.com/michael-dodd-services/

And if you need a conference presentation or master class about “Becoming Inspirational Communicators” click here:
http://www.michaeldoddcommunications.com/speaking-at-your-event/

We can happily help you and your team convey positive thoughts and words – without contemplating killer koalas lurching out of trees to bite you.

You’ll find that when you use positive words carefully you may even convince people that koalas can rightly be portrayed as cute, cuddly and friendly!