There’s an overflowing treasure chest of communications learning to be gained by studying the multiple media mess-ups of the now-departed British cabinet minister, Matt Hancock.

Just before the exit of the former Health Secretary, we learned from a disgruntled ex-prime ministerial adviser to Boris Johnson that the PM had referred to his accident-prone colleague as “totally ******* hopeless”.

This is the polite slightly censored version of the quote – deployed here to ensure that no sensitive Australians, or others, will be shocked or offended.

Admittedly being the politician in charge of any nation’s health amidst a devastating global pandemic is a massive challenge – and no one could seriously suggest that overall Mr Hancock didn’t appear to be trying hard … well at least most of the time.

When focussing on Matt Hancock’s ignominious departure, you can readily see that if you’re ordering everyone in the country to stay two metres apart, you can’t then allow yourself to indulge in the kind of entanglement with a “close aide” that featured on the front page of The Sun and get away with it. 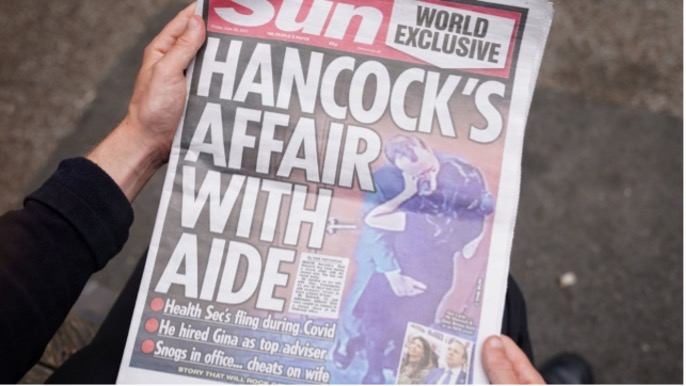 The clear lesson from the now infamous Hancock kiss with that (very) close aide friend, is that effective leaders must practise what they preach.

But we should not have been too surprised that a politician who performed media bungle after media bungle would eventually slip on a self-generated banana skin that catapulted his behind-the-scenes rule-breaking into the spotlight.

While being moderately articulate on a good day, message-mangling Matt Hancock is not a good communicator – as the following video clips of some of his worst media interviews illustrate.

Effective communication is an essential part of leadership, so anyone seeking high office in business, politics or elsewhere needs to build strong foundational communication skills before they get there.

Learning by “trial and error” – or in the Hancock case by “error and error” – when you’re already in a high-powered post is not the ideal.

As Matt Hancock repeatedly struggled in media encounters during his time as Health Secretary, there was abundant evidence that he lacked natural communications talent and/or wasn’t sufficiently schooled in communication skills before being over-promoted.

For example, there was his inability to give straight honest answers when under pressure.

This is admittedly a trait shared with some, but not all, political leaders and aspirants.

This unwillingness to give a straight reply was demonstrated profoundly in one particular “car crash” interview with Piers Morgan.

In the interview Matt Hancock repeatedly avoided directly responding to questions about whether he regretted voting against giving free school lunches to children from poorer families in the school holidays during the pandemic. 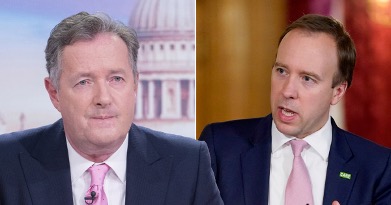 This government policy of refusing to provide the free meals was overturned after a heroic campaign by football star Marcus Rashford – once a beneficiary of free school lunches himself. 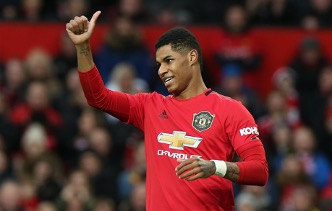 Mr Hancock’s seemingly automated approach on Good Morning Britain was to keep repeating an irrelevant mantra that he was “glad” that free meals were now being provided – answering a question that was repeatedly NOT being asked.

In media training sessions, participants learn that it’s vital to have “key messages” to convey in interviews, but that overly repeating the messages robotically does not work and is no substitute for real answers.

If you revisit the interview here, I bet you can spot Matt Hancock’s serial answer-avoidance to questions from the ever-persistent Piers Morgan.

Notice if you can hear your inner voice screaming at the screen: “Just answer the ******* question Mr Hancock!!!”

PLAN YOUR KEY DEFINITIONS IN ADVANCE

Mr Hancock was out of his depth in a very different way when he sought to defend what Sky presenter, Kay Burley, described as the British Government’s “ban on casual sex” in Corona times. 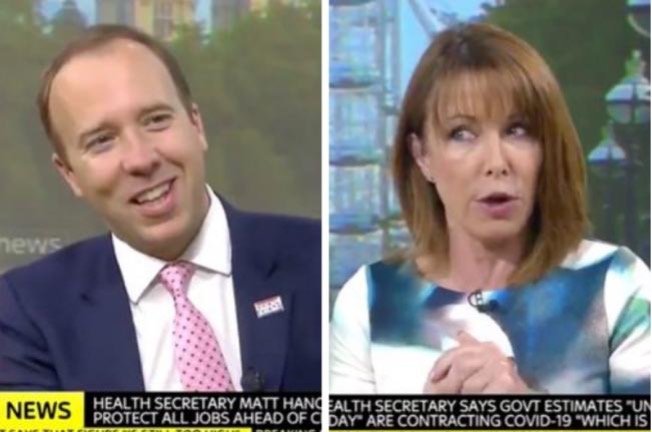 In struggling to deal with Kay Burley’s beguiling interview technique, Mr Hancock was unable to explain in simple terms what he actually meant when he insisted that sexual encounters should only take place within “established relationships”.

Matt Hancock struggled because he hadn’t taken the obvious preparatory step of working out in advance how to define “an established relationship”.

Be warned that this interview – from September last year – makes especially awkward viewing following the emergence of the Sun’s video and photos of Mr Hancock’s later exploits in the field of intimacy.

The interview highlights Matt Hancock’s inability to communicate effectively on sensitive issues – something which good leaders need to be able to do. 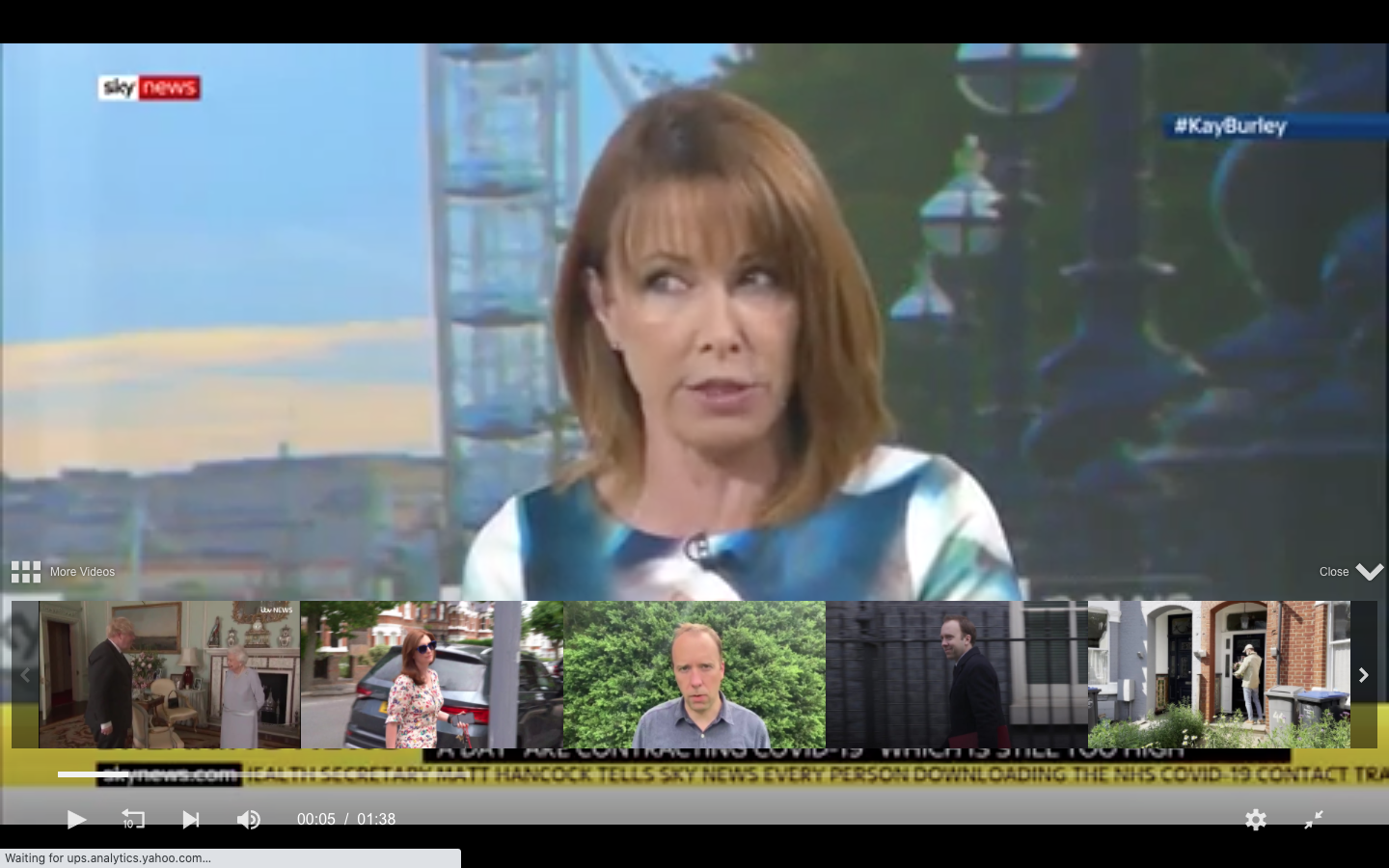 TELLING THE MEDIA HOW TO DO THEIR JOB NEVER WORKS

Whatever grand title someone may have, it never works for an interviewee to tell an interviewer how to conduct things.

In such circumstances, it’s more effective to deal with the interjections with charm as if they’re slightly annoying insects rather than tell a TV presenter with a large ego how to do their job.

And if make your answers sufficiently enlightening and fascinating, it forces interviewers to allow their viewers to hear them.

Alas the Matt Hancock approach was less civilised than this – and the result was not pretty. 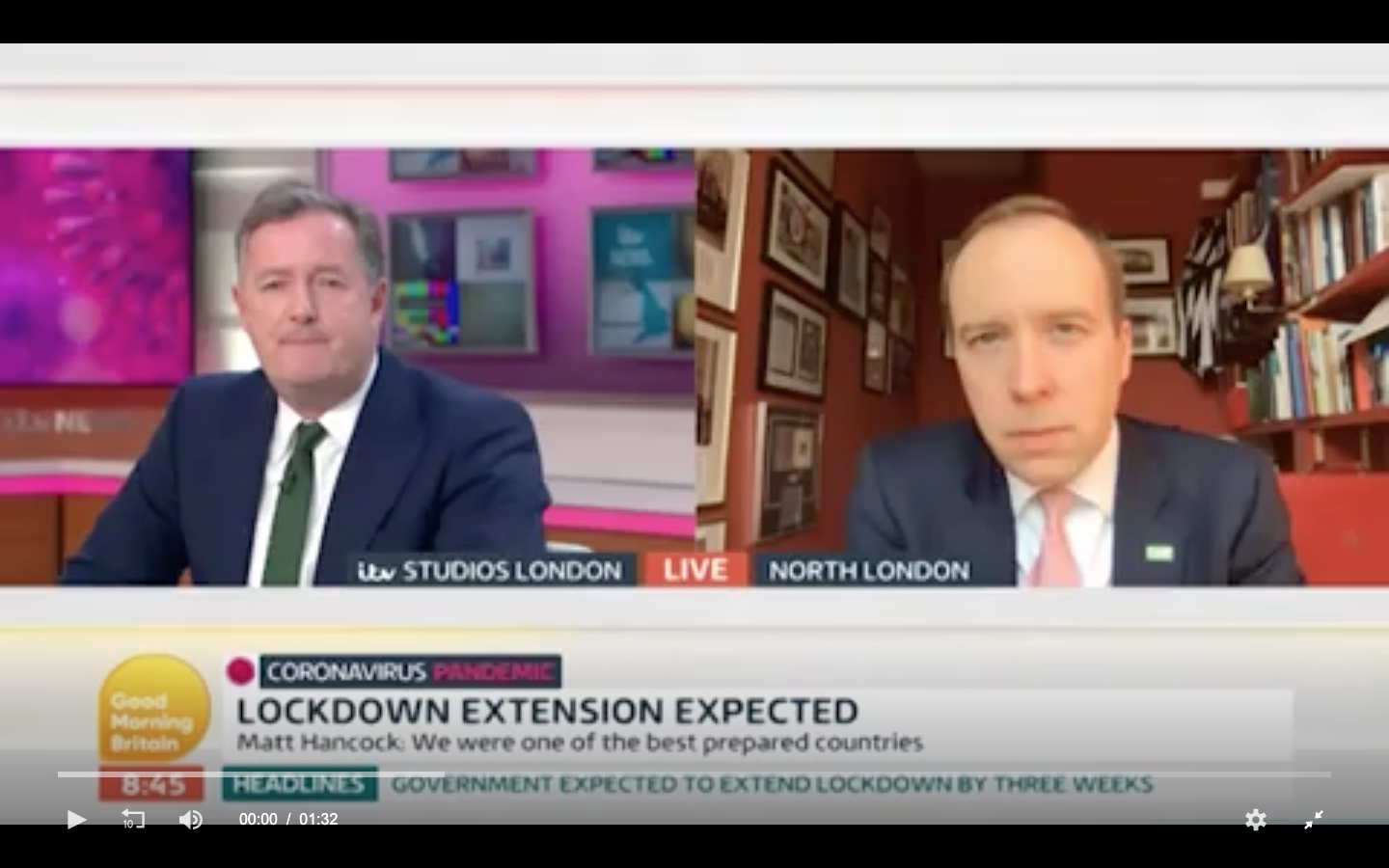 In order to assist the befuddled Matt Hancock after one of his many media interview bungles, he was publicly offered through this august organ a free copy of “Great Answers To Tough Questions At Work” published by Wiley.

Alas he never took up the opportunity.

Historians may come to rate this as Matt Hancock’s second biggest misjudgement!

As Wimbledon resumes after a year’s Corona break fans will unfortunately be unable to see the Japanese tennis star Naomi Osaka in action. 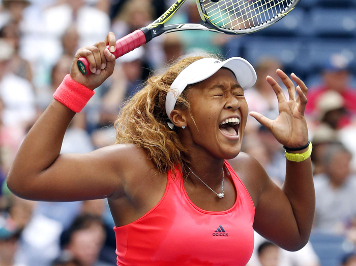 This follows her withdrawl from the French Open after her refusal to participate in press conferences created a rift between her and tennis officials.

Naomi Osaka – a self-declared introvert – doesn’t like the challenging questions at press conferences (usually thrown by extroverts) which her team says adversely affect her struggle with depression and anxiety.

The “Activate Your Introvert” expert, Jon Baker, and I are seeking to help organisations enhance their ability to foster good relationships between introverts and extroverts in the work place by better understanding both types – and those in between. 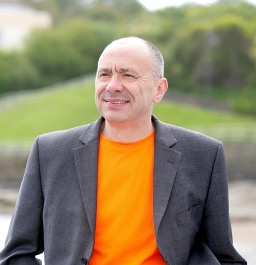 We’ve recorded an in-depth discussion about what can be done to help introverts who sometimes seem to be reluctant to take part in professional conversations.

And we also discuss what introverts can do to stand up to media questions more competently and confidently – however tough and personal these questions might be.

You can view the discussion at:

And whether you’re an introvert, an extrovert or sit somewhere in between…