Michael Dodd helps clients to come across with confidence, impact and pizzazz to large and small audiences, in challenging one-to-one situations and during media interviews. Drawing on his background as a broadcast journalist, Michael knows how to ask “blow-torch-on-the-belly” questions – and how to apply the magic formulae to give great answers to them. He shows clients how to deal with tough questions from prospects, customers, staff, shareholders, parliamentary committees and the media.

Michael boosts the communications skills of his clients through keynote speeches at conferences, in master classes and through one-to-one coaching. He’s best known amongst international audiences for his comments in interviews and live newspaper reviews on the BBC, Sky and other networks. Michael has presented programmes for the BBC the Australian Broadcasting Corporation.

He helps frontline United Nations staff prepare to face challenging media questioning during crises in the world’s trouble spots and runs master classes on communications and media response skills for business leaders groups and a wide range of professionals. 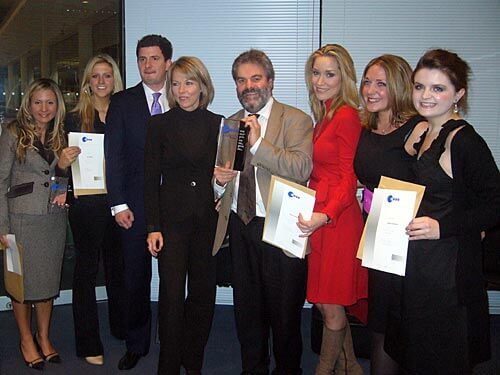 Michael’s been Berlin and London Correspondent for the Australian Broadcasting Corporation and has filed reports from across Europe and from the United States. He covered events in Eastern Europe before, during and after the 1989 revolutions for the ABC, Radio New Zealand and the BBC World Service.

Michael has worked as a political correspondent in the Australian capital, Canberra, for national and international current affairs programs. He is a visiting lecturer on broadcast journalism for MA students.

Michael received an award for his lecturing work at the University of Westminster from the BBC when his students won the Gold, Silver and Bronze prizes for documentary-making in a competition held to mark the twenty-fifth anniversary of the File On Four programme.

He and his masters students have been awarded a series prizes by the Broadcasting Journalism Training Council such as when they came first, second and third in the radio category of the Young Broadcast Journalist of the Year competition.