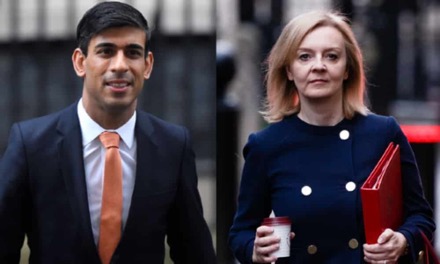 So we’ll take a look at how they are now – and as they were in their less scrutinised pasts. 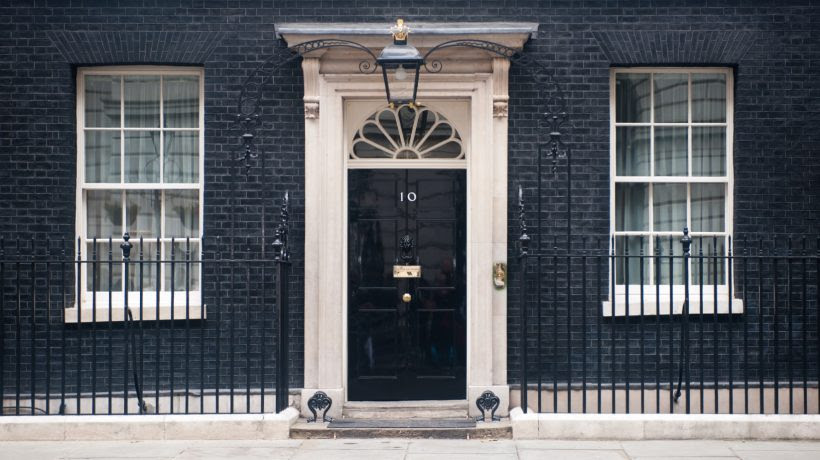 Opinion polling shows that it’s the British Foreign Secretary Liz Truss who is currently the favourite to win the ballot among party members to take her to 10 Downing Street. 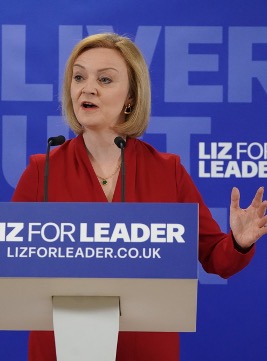 But this could well change – and it’s fair to say that the former Chancellor of the Exchequer, Rishi Sunak, is currently the stronger of the two when it comes to presenting skills. 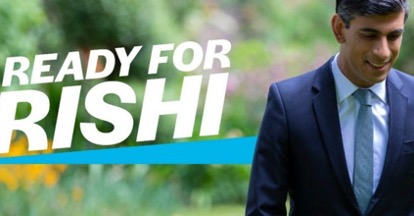 Rishi Sunak has certainly come a long way in terms of thinking carefully about the long-term implications of what he says before he utters it!

In the following video clip, a very young Rishi Sunak perhaps wasn’t thinking too deeply about how one day he might be an aspiring British Prime Minister – as he portrays himself as a rather out-of-touch posh boy without a single working class friend!

These days, as he tries to shake off the tag of being too rich and privileged to be a fair Prime Minister for all, Rishi Sunak – the child of successful immigrants of Indian heritage who entered the UK via East Africa – is far more considered and empathetic when seeking to win over a crowd.

LEARNING FROM THE RISHI SUNAK APPROACH

Here he is in Margaret Thatcher’s home town of Grantham late last week seeking to enthuse Conservative Party members who – through their placard-holding and their applause – gave every indication of already being on Rishi Sunak’s side. 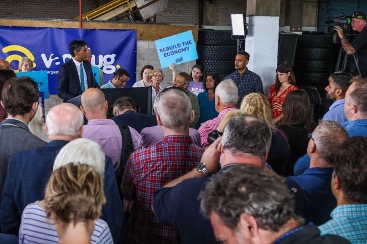 In a speech peppered with references about the need to “tell the truth”, Rishi Sunak does an earnest and impressive job of aiming to differentiate himself from Boris Johnson who has become increasingly perceived as a truth-avoiding Prime Minister.

And while Rishi Sunak is perhaps not an absolute natural as a performer (as few people are), he does an excellent job of maintaining eye contact while eloquently delivering a speech from a script in a way that helps him come across with a certain assuredness and authority.

His main presentational mistake came in the bit after what you can see in this video.

This was in the Question and Answer session which followed where – despite a roving microphone amongst audience members – it was often hard for the television viewers to hear the questions.

What Rishi Sunak failed to do in this situation was to do what you should always do when there’s a remote audience who can’t hear the questions.

This is to repeat each question before seeking to answer it so that everyone watching on screen can feel on the same level of understanding as those in the room.

LEARNING FROM THE LIZ TRUSS APPROACH

Let’s now have a look at the presentational development of Liz Truss – going back to the days when a very young “Elizabeth Truss” was recorded speaking at a conference of the Liberal Democrat party in Brighton.

In this speech she was speaking in a gutsy and somewhat endearing way about a move to allow the UK public to have a vote on whether the British monarchy should be abolished.

It’s not the most polished of speeches, but Miss Truss does deserve marks for capturing attention – and for her vibrant youthful enthusiasm while speaking as President of the Oxford University Liberal Democrat students.

If Liz Truss’s Downing Street campaign is so successful that she ends up visiting Buckingham Palace to be sworn in, there’s scope for a fascinating conversation with the Queen – as one Elizabeth would have the opportunity to ask the other Elizabeth about whether she’s still in favour of her previously-expressed approach to monarchy.

After she had crossed over to become a Conservative Party member – and rose to become Secretary of State for Environment, Food and Rural Affairs, Liz Truss – delivered this memorable, and slightly bizarre, 2014 conference speech in Birmingham about her ambitions to have more British food on British tables and to export increasing amounts of it to the most unlikely far-flung places.

It was an attention-grabbing speech, undermined a bit by the Liz Truss tendency to sometimes look just a bit too surprised at what she’s saying – and at other times to look a little too pleased with herself for saying it.

Liz Truss’s speech to launch her bid to become Prime Minister was a much less captivating effort than her speeches on cheeses and monarchy.

It shows that she still has a way to go to feel, look and sound supremely comfortable in front of her audience – even a friendly one full of her own supporters.

In this launch presentation she has toned down her earlier flamboyance rather too much.

As a result she comes across as a touch dull – and far too imprisoned by her script.

As with many people I work with to boost their presentation skills, there’s scope for a lot more of what’s called “planned spontaneity”.

So even when you have thought deeply about a topic, it’s often more effective if you can deliver your thoughts so they come across as if they’ve just occurred to you at the time when you’re saying them.

In this way, you can sound much more “in the moment” and hold your audience’s attention far more effectively.

There’s more about sessions on “Presenting With Confidence, Impact and Pizzazz” at:

These can be run in small groups or one-to-one – and ideally take place in two stages so there’s time to reflect, improve and practise in between the first and second parts.

Here’s a picture taken from a session of “Presenting With Confidence, Impact and Pizzazz” this month with a group of British business leaders in Hereford (photo credit: Bob Battye of Vistage UK). 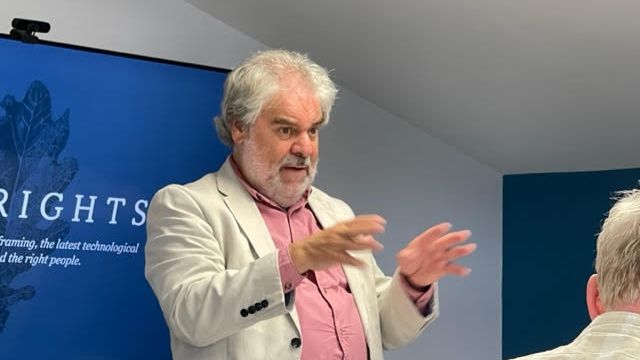 You may or may not aspire to be a prime minister or president in the country of your choice.

But when you’ve mastered presenting skills, you can feel so much more ready to speak in a way that shows you’re ready to win over all kinds of audiences whenever you need to!