STAND OUT – IN JUST THE RIGHT WAY 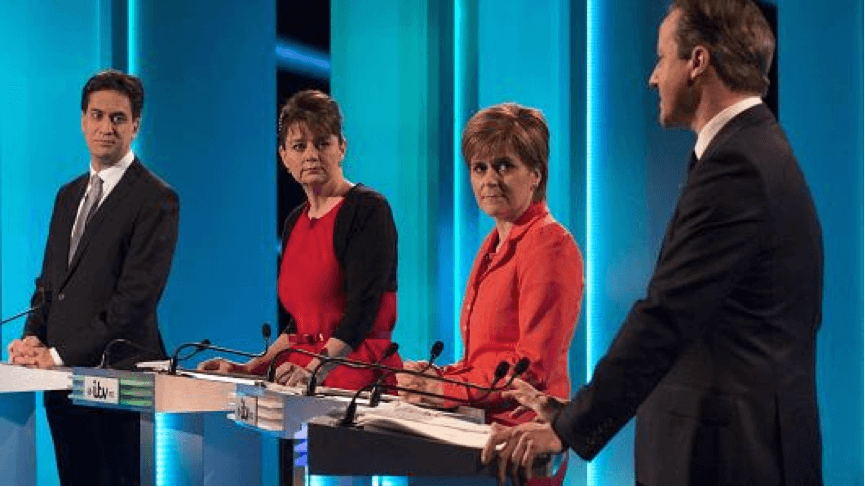 There was a remarkably enthusiastic reaction to the last issue of this ezine about the British pre-election interviews featuring the dreaded broadcast provocateur, Jeremy Paxman, and the two major contenders for Ten Downing Street.

So I feel a moral duty to issue a bonus edition now that the one-and-only debate featuring all seven main party leaders has taken place.

Amidst the noise, conflict and (arguably) very occasional shaft of light, there are learning points for all of of us outside politics when it comes to getting our message across in front of a crucial audience.

These learning points can apply whether we’re facing a global television audience, a room full of potential customers or a single influential individual.

When you have just one opportunity to win over a vital audience you need to stand out from the bunch – while making sure it’s achieved in the right way.

For better or for worse, the leader of the United Kingdom Independence Party, Nigel Farage, attempted this from the outset. 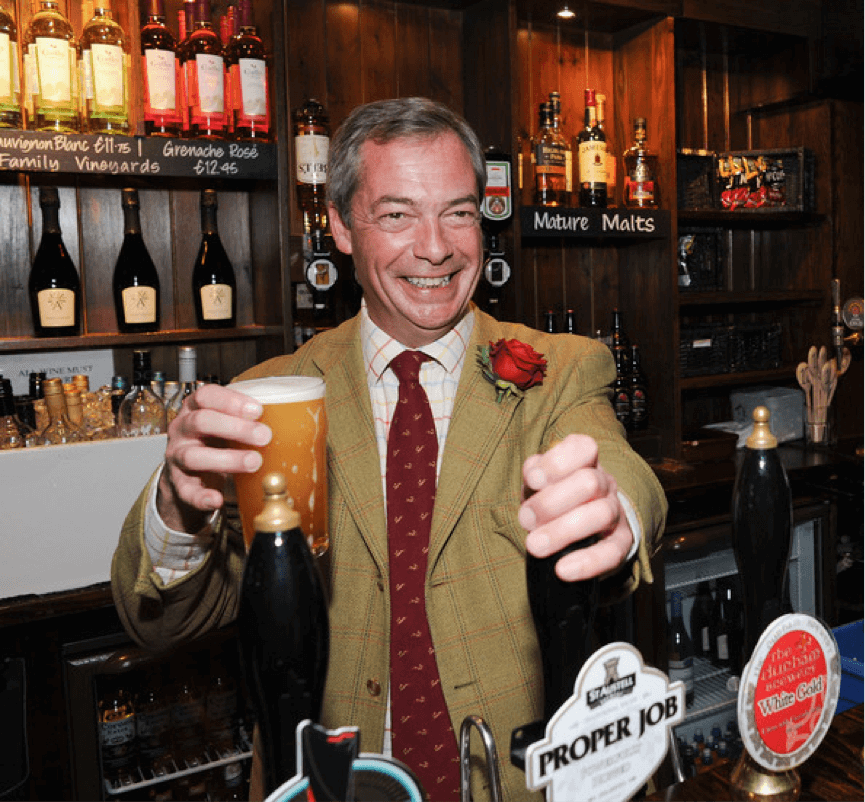 In his opening statement Mr Farage drew attention to the fact that he was the only one on the platform opposed to UK membership of the European Union.

But Mr Farage later took a more controversial step towards self-differentiation by condemning those he regards as “health tourists”.

He claimed that 60% of patients who get expensive treatments for HIV in Britain’s free-at-the-point-of-delivery National Health Service are foreign nationals.

This earned him a rebuke from Welsh Nationalist Leader, Leanne Wood, who gained the first round of audience applause for telling Mr Farage he should be ashamed of himself for indulging in scaremongering.

“It’s dangerous,” Ms Wood declared. “It divides communities and it creates stigma to people who are ill.” 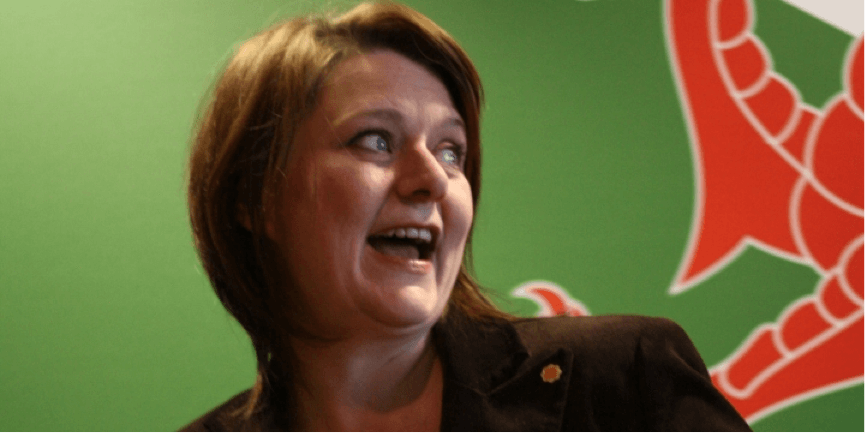 Mr Farage’s approach left him open to looking anti-foreigner and unsympathetic to people with serious illness, though it may motivate sections of his political base in just the way he wants.

SHOCKING MATERIAL: THINK IT THROUGH FIRST

It’s worth noting that Mr Farage revealed afterwards that he had discussed deploying this particular point with his team before the debate – and they had decided to include it as part of a “shock and awe” approach.

You can judge whether this was wise or fair.

But Mr Farage did at least give himself the opportunity to make a thought-out decision on using the controversial line in advance.

If you are contemplating saying something you know will be contentious, shocking or potentially seen as lacking in taste, you should to take the precaution of doing it in a planned way.

Differentiating yourself, your organisation and your offering is crucial in a competitive situation, but do it in a manner that’s in line with the image and values you’re seeking to project.

THE DELICATE ART OF PLANNED SPONTANEITY

When faced with a one-off chance to win over an audience, it’s important to recognise that people won’t remember everything you come up with.

This is why it’s important to have little elements of what you say worded in a pre-planned succinct, punchy way that will make your audience take notice.

These so-called “soundbites” rightly get a bad rap if they are seen as a substitute for well-reasoned argument.

It’s important to utilise soundbites that encapsulate and bring alive your case – not serve as empty slogans.

The way the human brain works, it’s essential to spike your audience in a way that your message will live on after you’re out of the spotlight.

The election debate was full of soundbites:

“We are using the resources of three planets every year when we only have one”, declared Natalie Bennett of the Green Party. 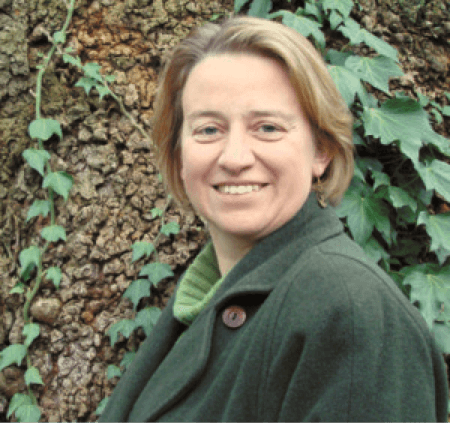 “If you don’t understand the mistakes of the past, you can’t provide the leadership of the future,” intoned Conservative Prime Minister, David Cameron. 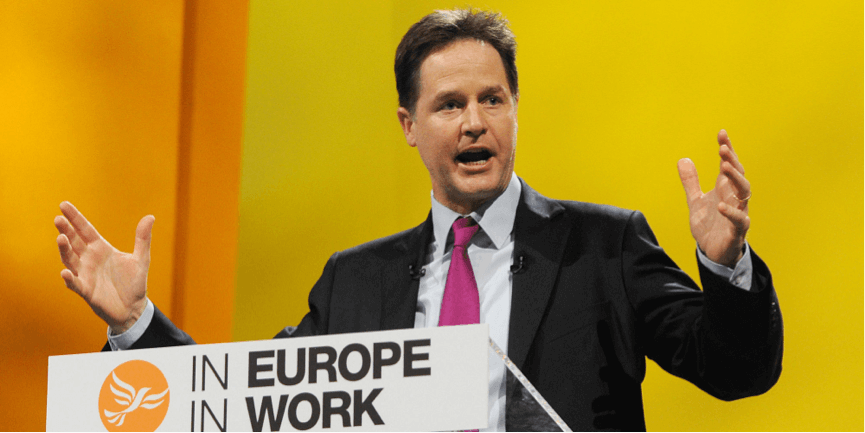 A well-crafted soundbite is a powerful, effective and memorable tool if well-delivered.

And at best they’re unleashed in a way that contains an element of drama while still sounding natural and conversational.

This is not an easy thing to achieve.

So it’s something I spend considerable time getting clients to work on in communications-boosting practice sessions when a crucial challenge for them is coming up.

It’s important to come across exactly right when your soundbite is being delivered in a presentation:
http://www.michaeldoddcommunications.com/presenting-with-confidence-impact-and-pizzazz/

And it’s also important to come across exactly right when you’re delivering your soundbite in an interview, a business conversation or in answer to a question during or after your speech:
http://www.michaeldoddcommunications.com/give-great-answers-to-tough-questions/

The trick is to be rehearsed but not to sound over-rehearsed as some of the British party leaders did some of the time.

The concept I get clients to aim for is called “planned spontaneity.”

Planned spontaneity means that you have worked out what you want to say in advance, but deliver it in a way that looks, sounds and feels as though it’s coined in the moment.

Not many political contenders in the debate managed to achieve it consistently.

Labour Leader Ed Miliband did once – and it really worked. 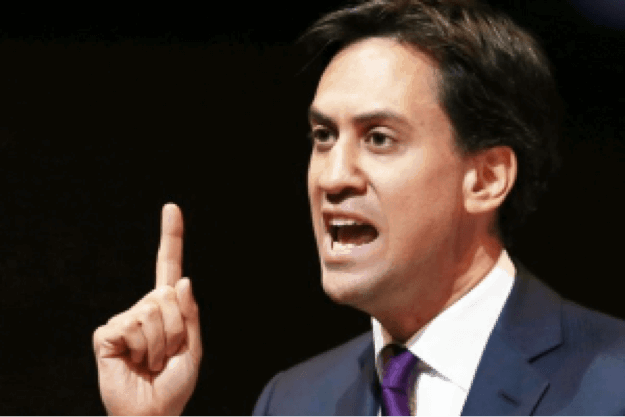 It was during an undignified scrap between the outgoing governing coalition partners, David Cameron and Nick Clegg, over who was to blame for what.

In a line which was probably pre-thought out but was delivered effectively at the perfect moment, Miliband pronounced: “They’re both blaming each other and they’re both right.”

This was a big leap forward for Ed Miliband who sometimes struggles to sound natural.

It was interesting that the media found detailed notes in his dressing room after the debate which showed the extent of his planning – some of which he utilised and some of which he didn’t.

Miliband needs to be especially careful on sounding too planned.

He carries with him the baggage of possibly the worst moment in failed soundbite history.

This was where in 2011 when Miliband delivered the same soundbite over and over again in only slightly differing ways in an interview on the subject of strikes – coming across as if he were a robot from another planet with a very limited programme.
Here it is if you can stand it.

The best soundbites are what the Americans call “zingers”.

These contain a strong element of wit or insight – delivered in a powerful but conversational way.

I’m not so sure we got any in these in the UK debate, but Americans are particularly good at them in their presidential and vice-presidential contests. 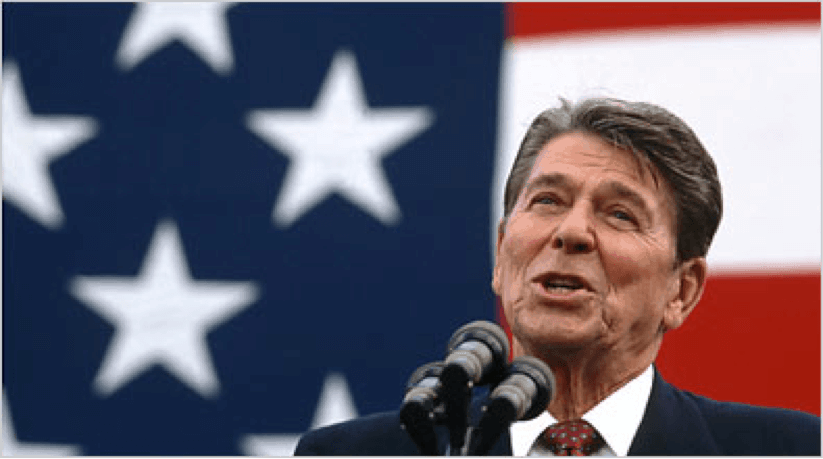 When Reagan’s younger political opponent, Walter Mondale, sought to make his age – at 73 – count against him he responded with this zinger:

“I am not going to exploit for political purposes my opponent’s youth and inexperience.”

Quayle had the chutzpah to claim that his political experience was comparable to the legendary President John (Jack) F Kennedy.

This earned him this riposte from Democrat vice-presidential nominee Lloyd Bentsen: “I served with Jack Kennedy. Jack Kennedy was a friend of mine. Senator, you’re no Jack Kennedy.”

But soundbites and zingers aren’t everything.

And while audiences can enjoy a well-directed putdown, there is much to be said for well-articulated positivity.

The British party boss who arguably demonstrated this most was the Scottish National Party leader, Nicola Sturgeon, who scored remarkably well in all post-debate opinion polls – not just in Scotland which she wants to be independent from the rest of the United Kingdom.

Sturgeon did particularly well by ensuring that she was directing her remarks not just at her Scottish base but for those living in England, Wales and Northern Ireland as well.

She succeeded by putting the whole audience at the heart of what she said, with predominantly positive utterances such as:

“We believe that the scarce resources of our country should be invested in the future of our children, not in new nuclear weapons.”

Nicola Sturgeon shone out as the star. 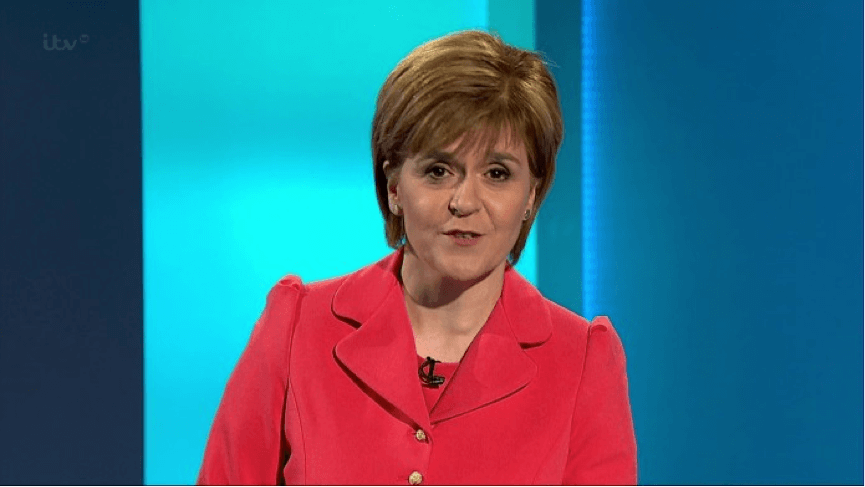 Agree with her or not, those of us outside politics can take a lot from Sturgeon’s composed, thoughtful and powerful performance.

AND THE WINNER WILL BE…

So far it looks as though the election debate hasn’t caused a seismic shift in voter intentions, and the most likely election outcome remains a minority or coalition government – headed by David Cameron or Ed Miliband.

But the inclusion of one or more of the smaller parties that have enlivened the campaign would certainly provide a more colourful, if not more stable, government.

An unlikely Green-UKIP-Scottish-and-Welsh-Nationalist-Coalition would make a dream outcome for cartoonists.

Nigel Farage and the Leanne Wood could share responsibility for immigration – and coalition politics would be more entertaining than ever before.

Vote carefully if you’re in the UK – and keep smiling wherever you are.