THE IMPORTANCE OF GETTING YOUR UNDERLYING MESSAGE RIGHT 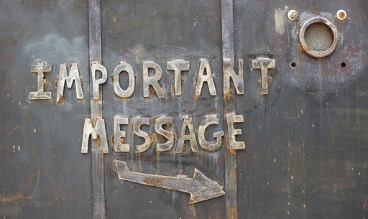 To successfully communicate with your target audiences about anything important, it’s vital to get your underlying message right.

This applies whether you’re making a presentation that lasts 60 minutes – or seeking to convey critical information in just 60 seconds.

Getting your fundamental message right is equally critical when preparing for a media interview which will be disseminated to thousands – or millions.

The same goes when you’re having any significant one-to-one professional conversation with an individual client, prospect, supplier, official or team member.

So working out what’s the right message for each situation is a supremely important skill to have.

And it’s a learnable skill.

My suggestion – when guiding clients to craft the right message – is to start with the desired outcome for which you’re aiming.

So whatever your communication challenge, it’s good to begin your planning with the question:

What is it I want my audience thinking, feeling and doing at the end?

Then imagine an army of researchers with clipboards running around after your communication efforts, asking key people in your audience:

“What was it – in a single sentence – that you think the person in the spotlight was trying to impart to you?” 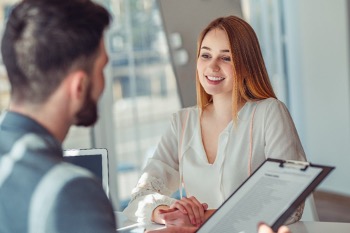 If that exercise happened, the results would – ideally – encapsulate the exact same message you had originally crafted.

So it’s helpful to write down in advance – preferably in a single (usually positive) sentence – what you want those interviewees to be telling the mythical clipboard researchers about what they took to be most important thing from your utterances.

GUIDANCE FOR CRAFTING YOUR MESSAGE

Your message needs to underpin your whole communication effort.

So it’s worth thinking about your message carefully at the start of the challenge.

And it’s worth getting right!

Your message may be something you say explicitly – or it may be what you want audience members to deduce from the overall thrust of everything you’ve said.

Your written message can sometimes be encapsulated in a single punchy slogan.

But it doesn’t have to always be as crisp as a commercial slogan.

Getting the meaning of your message exactly right for the situation is what’s supremely important.

There’s more on messaging at:

Here’s some inspiration from Cheshire in northern England that demonstrates the importance of both having an underlying message and getting that message right.

THE MESSAGE FROM KNUTSFORD HEATH

In a recent communications-boosting training session, I had the privilege to work with business people who gathered in the Cheshire town of Knutsford.

If you’re into British politics, you may remember something the media once labelled as “The Battle For Knutsford Heath”.

It concerned a string of vigorous verbal exchanges between two political rivals during the general election campaign of 1997.

The exchanges took place before a jostling scrum of TV cameras and journalists on the normally tranquil Knutsford Heath.

The battle turned this… 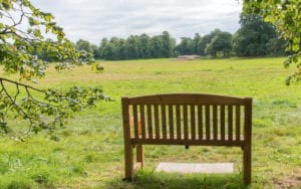 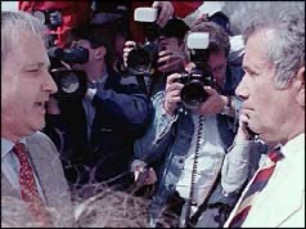 Amidst the wider 1997 nation-wide election battle, much public attention was showered on the electorate called “Tatton”.

The stretch of greenery known as “Knutsford Heath” lies within it.

The contest for Tatton featured the then sitting local Conservative MP, who had been accused of taking money from businesses to ask helpful questions in parliament.

This was Neil Hamilton. 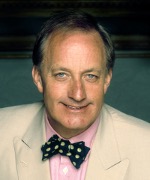 If déjà vu strikes you at this point it’s understandable as taking “cash-for-questions” has re-entered the UK news with the recent resignation from parliament of another Conservative MP involved in broadly similar arrangements.

You may even find a thematic similarity between the following two headline stories – one from the 1990s and one from the 2020s. 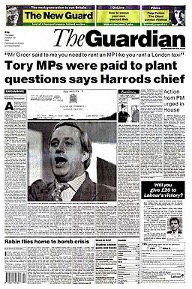 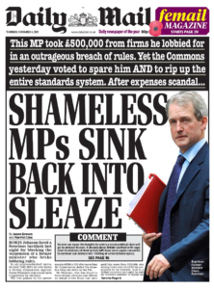 Back in 1997 Neil Hamilton’s main opponent in the struggle for Tatton was the white-suited former BBC war correspondent who was portrayed by the media as “the anti-corruption candidate”.

This was Martin Bell. 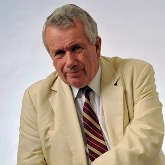 The video that follows contains an extract of what happened when Neil Hamilton came face-to-face with Martin Bell on Knutsford Heath at the start of their respective campaigns.

You can watch my on-the-ground assessment of The Battle For Knutsford Heath – just 24 years after the event! – in this video here.

THE MESSAGE FROM THE ELECTION COUNT

By the way, the 1997 Tatton voting results reflected the significant communications difference between “The Man With No Real Message” versus “The Man With The Well-Crafted Positive Message”.

After the counting finished, the final declaration was as follows:

Crafting the right messages for the situation worked for Martin Bell.

It can work for you, too – whatever your communications challenge!