THE UPS AND DOWNS OF THE BEST & WORST 2021 COMMUNICATORS

When a comprehensive book on 2021 is written, it will be a dramatic roller-coaster of downs and ups. 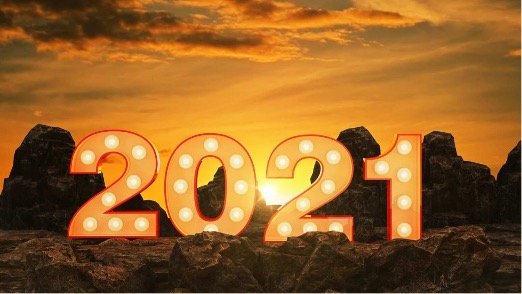 It will feature the terrible “downs” about each threatening new coronavirus variant – and it will focus on the heroic “ups” of every new vaccine success. 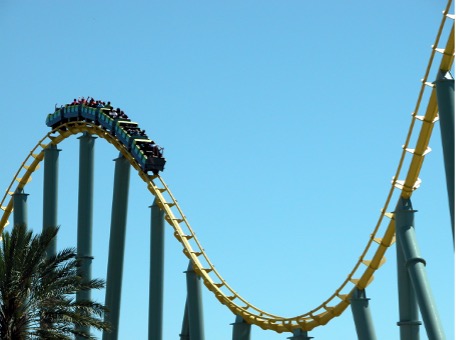 And it will draw attention to the “ups” with the heroic efforts of (some) countries and (some) individuals seeking to tackle the climate change challenges at the global Cop-26 convention in Glasgow.

So if we start with the worst two examples, then things can only get better as we move on to unveil the 2021 communication best…

In a year dominated by so many Zoom calls, the first award for appalling communications efforts, fittingly, goes to the organiser of the Zoom meeting with a poisonous twist.

It was a Zoom event scheduled by the so-called “Better Dot Com” mortgage company where selected employees were invited to log on – only to be greeted by their chief executive who promptly fired all 900 of them.

The chief executive, Vishal Garg, not only found the most tactless way of conveying the news – but managed to deliver the bad news with a complete lack of empathy and warmth while feeling sorry only for himself. 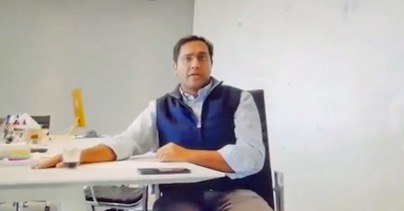 I’ve had the privilege of helping 100s of chief executives to boost their communication skills – with some needing more guidance than others.

But none have ever needed it as much as Mr Garg!

So if you want to know how not to demonstrate quality leadership, empathy or humanity – and to deliver a negative message in the completely the wrong way – check out the Better Dot Com Zoom efforts here:

Meanwhile the other winner of the worst 2021 communications performance goes to something I feel duty bound to rail against called “Big Speech Notes”.

There was one leader who demonstrated all too well why you should never use them.

The Big Speech Notes in question were bundles of A4 paper which are the enemy of great presentations everywhere.

The person who gets the award for misusing the Big Speech Notes so badly is the British Prime Minister.

Boris Johnson is a performer who has so often done so well by speaking without notes.

When he does so he can be both engaging and amusing – and by keeping full eye contact with his audience members without notes getting in the way – he can also be remarkably persuasive as he delivers his gems.

However, at the annual 2021 prime ministerial address to the Confederation of British Industry, Mr Johnson was completely reliant on big notes.

He managed to jumble them and then completely lose his way. 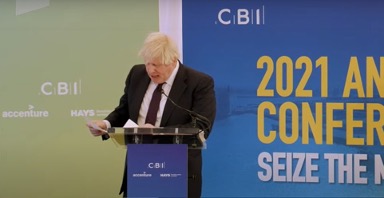 This led him to crazier territory when – after failing to get his notes in the right order – he bumbled into a distracting story about a fun park based on the cartoon character Peppa Pig. 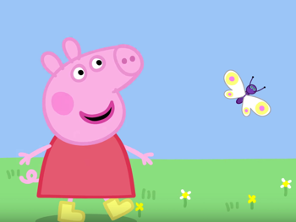 And while what he talked about was admittedly a small business success story, it was not what the big business folk of the CBI were expecting or needing to hear.

This is what happened…

HOW TO AVOID BIG SPEECH NOTES

So if you feel you must have notes at all, what you need are VERY SMALL AND VERY FEW speech notes.

One piece of cardboard, the size of half a business card, can be all you need in the palm of your hand to keep most presentations on track.

Here’s a video demonstration to show how it can be done.

There’s more on “Presenting With Confidence, Impact and Pizzazz” at:

And now some good 2021 communication news…

Both selected examples that follow were produced in the face of disastrous climate change news.

Both came from the South Pacific.

And both communicators took the negatives and utilised them as powerfully persuasive points aimed at inspiring positive action.

The first example comes from the Foreign Minister of the South Pacific island nation of Tuvalu.

Simon Kofe demonstrated the power of the “show, not tell” principle.

He did this by sending his life-and-death message to COP-26 leaders in Scotland on the threat of rising sea levels by having his speech recorded while knee-deep in the Pacific Ocean. 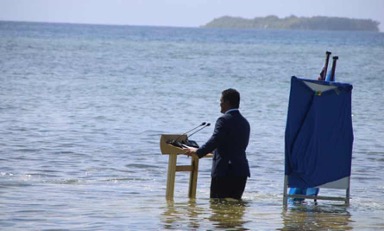 It was his way of illustrating the concerns of 12,000 inhabitants fearful about having their lifestyle – and their lives – swallowed by rising waters on the 9 small islands that make up Tuvalu.

And the stand-out piece of communication which brilliantly conveyed the concerns about rising sea levels came through a video production featuring a resident of the Marshall Islands.

Like other islands in the Pacific Ocean and beyond, the Marshall Islands are in danger of being completely flooded by rising waters if global temperatures rise too much. 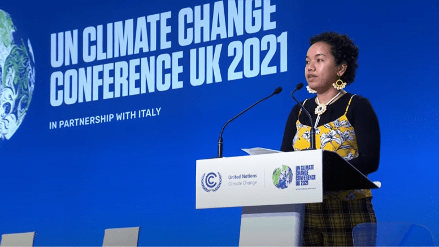 Selina Leem presents a persuasive mix of climatic facts and emotional punch about what failure would mean for her people and others in low-lying lands around the world.

It was an outstanding 2021 example of great communication produced under great pressure – as you can view for yourself on this video:

Here’s to a splendid seasonal break for you – and the success of your great communications efforts in 2022!