Thinking Things Through Before You Storm In 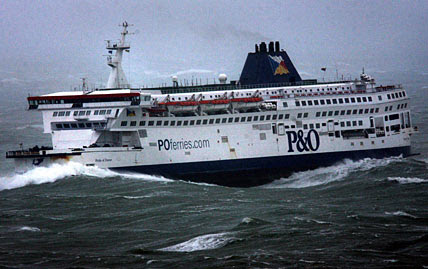 Long before Vera Lynn ever sang about blue birds flying over Dover, England’s south-eastern port was famous for those ancient white cliffs.

These days, Dover is almost as well known for its white cliffs as it is for its queues of vehicles for miles and hours at peak times as travellers seek to get aboard ships – ships such as those run by P&O Ferries. 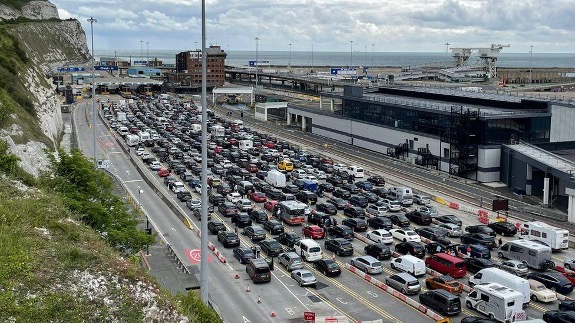 But while many transport companies – at sea, in the air and on the railways – have been attributing queues and delays to severe shortages of staff, there’s not much sympathy for P & O Ferries.


This is because its embattled Chief Executive, Peter Hebblethwaite, sacked almost 800 staff members in a notorious surprise mass culling – and has sought to replace them with foreign agency workers paid less than the United Kingdom’s minimum wage. 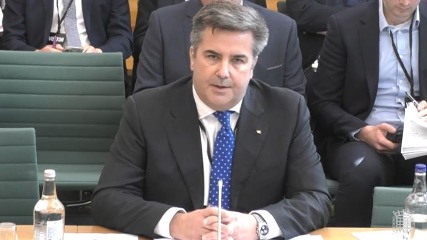 His decision was naturally controversial, but what Mr Hebblethwaite is becoming equally infamous for is his appalling communications approach – in times when chief executives are expected to be more skilled in this area.

Peter Hebblethwaite’s latest failed attempt to try to restore his company’s one-time good name has been in an appearance on BBC TV.

But his negative, miserable string of apologies and uninspiring communication style has done nothing to restore lustre to P&O’s tarnished reputation under his leadership.

This is clear in the way he struggles to stand up to questioning by the BBC’s Transport Correspondent in this interview:

And it’s fair to say Peter Hebblethwaite was similarly uninspiring when he appeared before members of a parliamentary committee who asked far harsher – and, in fact, far ruder – questions than the BBC.

In both interrogations, Mr Hebblethwaite shows virtually no sign of having done the things that are essential whenever you’re in the spotlight with tough questions to answer.

There’s very little evidence of any Planning, Preparation or Practising – or of thinking in advance about what are the blowtorch-on-the-belly questions he will so obviously face.

It’s true that when you’re in a tight spot and there is every reason for you to apologise, you should graciously do so.

But your apology will be seen as far more sincere and effective if you have a positive plan to make amends for the wrongdoing you have admittedly done.

Mr Hebblethwaite shows little sign of having thought about this.

Giving great answers to tough questions at work is a learnable business skill.

It’s why there’s a paperback book on the subject: 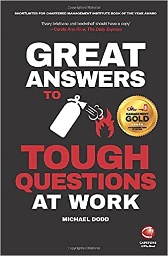 And it’s why I spent hours in a studio with a producer to bring out the talking book version with Audible: 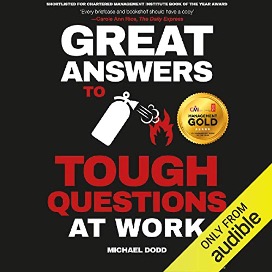 HERE’S A GUY WHO KNOWS HOW TO HANDLE PRESSURE QUESTIONS

If you’re wondering what a difference Planning, Preparation and Practising can make before a tough verbal encounter, below is an example of a business leader who really knows how to do it.

Philanthropist and one-time software developer, Bill Gates, is not a media natural.

But he’s nonetheless learned how to be an excellent interviewee!

As a rich techy guy – often seen as way more controversial than he probably deserves to be – Bill Gates is a magnet for those seeking media interviews, though you wouldn’t say he’s a natural performer.

But without any insider knowledge, my assessment is that he’s received some very good media interview training and has proven to be a top media training student – demonstrating that giving great answers to tough questions on TV is indeed a learnable skill.

In his TV interview with the BBC’s Mishal Husain, Bill Gates comes across with impressive calm and good humour amidst questions about a flood of contentious issues.

Throughout he gracefully and thoughtfully makes positive points on every topic.

This even applies to his answers to questions about those crazy conspiracy theories that he allegedly – but with no credible evidence – manages to track people through the Covid vaccine!

Check out his relaxed persuasive and good-humoured TV performance on this maddest of mad topics here:

And if you’d like to see Bill Gates standing up to a wider range of tough questions – including those involving non-vaccinated tennis star Novak Djokovic, his divorce from Belinda Gates and his meeting with the late notorious sex offender Jeffrey Epstein, check it out here:

If he did, I would have advised him to keep his hand further away from his face while he’s answering questions and not to respond from a cross-legged seating position!

But if you can’t find out who Bill Gates’s generally impressive tutor is, you can check out the alternative option here: